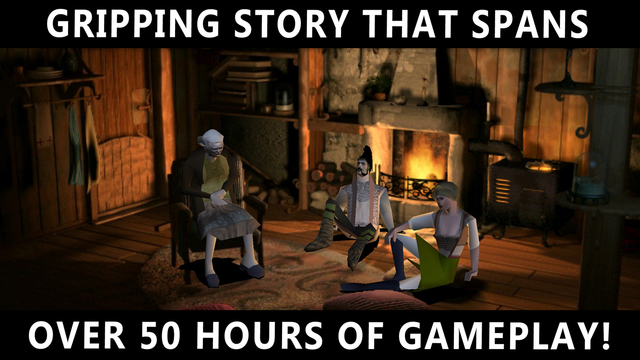 Fans of point and click adventures surely know The Longest Journey, one of the best adventure games ever released developed by Norwegian team Funcom. The game has been acclaimed by critics for its charming characters, including main character April Ryan, who has been described as one of the best female characters ever created for video games, and for its enigmatic and complex storyline.

If you have never played the original PC release or if you want to experience the game once again in a new updated form, you will be happy to know that The Longest Journey Remastered is now available for purchase on the App Store in all regions.

The new version of the Funcom adventure game features all of the content of the original release as well as a new intro and outro by Ragnar Tørnquist, a new font and a new help system which will definitely come in handy, considering how difficult some puzzles can get.

The Longest Journey Remastered is now available for purchase on the App Store for $6.99. The game is one of the finest point and click adventures ever released so make sure to take a look at the game if you love the genre, you definitely won’t be disappointed.