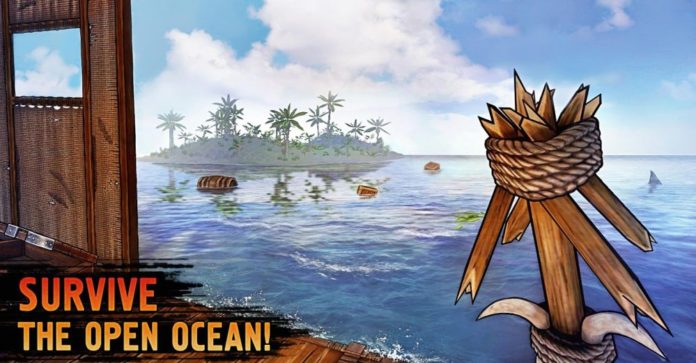 The Last Maverick: Survival Raft Adventure is a beautiful survival / crafting game by Pride Games Studio, available on Android only at the moment. Hopefully there is an iOS version coming soon, because this game is great and we’re here to help you get better at it by sharing some The Last Maverick cheats and tips to help you survive the ocean, the sharks and craft your way up to glory.

This is a very demanding game, mostly because of its beautiful graphics and complex gameplay: when I first played it on an older LG phone, after 20 minutes of so that device was burning hot! So I had to switch – make sure you do the same too if you have the option or at least play in short bursts with longer breaks in between if the phone gets too hot.

But let’s find out below some gameplay-related tips and tricks for The Last Maverick to help you get better at this game and get the most out of it as soon as possible!

Deal with food and water first
The first things you should do when starting a new game (and keep an eye on afterwards) are your primary needs listed in the top right corner: water, food and rest.

So as soon as you manage to collect a few materials with the grappling hook you normally start with (craft it if you don’t have it!), start crafting a water distiller and a roaster, followed by a leaf bed.

Remember that you can let these produce items for you and do other things while this is happening (you don’t have to wait in the crafting menu for the fish to get roasted or the water to be distilled, for example). Just remember to collect the food and water and eat/drink and everything will be great! 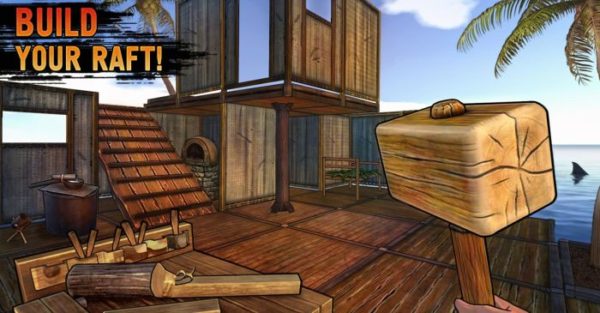 Your raft is your home and you need a large, stable home in order to thrive. So invest time and resources in building a large raft with walls and all the items you have unlocked for crafting and storage. Keep an eye on the raft’s stability: you don’t want it to flip over and have you lose everything you’ve worked so hard for!

This will not only help you with the basics of the game, but it will also help you build the items you need for survival and crafting in the correct order. 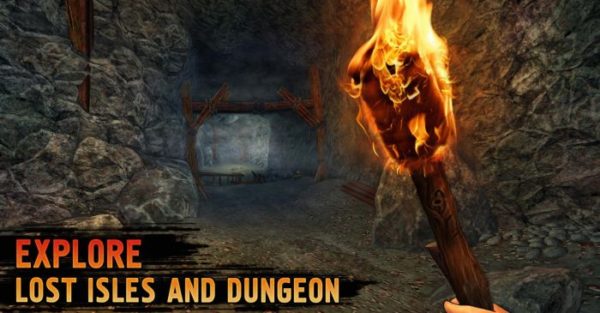 Spending a lot of time on the raft and using the hook to bring in all sorts of items floating around in the ocean gets old very fast. Fortunately, there are random islands that you will encounter – and you should visit them as soon as you are ready.

Ideally, that will happen after you have built some storage space on your raft (leave all the junk behind and go to the island to get goodies back on the raft), but also after you have some weapons, tools and a torch. These final things are not really a must, but do help when it comes to getting the most out of the limited resources that most islands hold – and later on they become a must as you get to larger islands with lots of dangers.

Speaking of dangers, keep an eye out for the shark! That little friend of yours won’t get shy and will try to turn you into its next meal, so wait until you have weapons to deal with it or, if an island is really close, wait for it to move away from the raft and jump into the water, hoping for the best. On most occasions, you should have no problems surviving an encounter or two with the shark.

But make sure that, before heading out for an island, you are close enough to it. There is no fun in having to swim for minutes in a row in order to get back on it!

How to level up?
Leveling up is done automatically by performing various tasks in the game. You can check out your XP bar at the bottom at the screen and you will see it fill up as you perform various actions in The Last Maverick, from collecting new items to crafting and defeating animals/enemies.

But you need to do all these things in order to unlock new items that you can craft – items that will ultimately help you survive for longer in the game.

Constantly check the crafting menu
The crafting menu constantly updates as you level up, but remember that for the most recipes, you will have to actually unlock them using points that you gain each time you level up. So in order to actually be able to use/craft a particular level, you don’t only need to meet the level requirement for it, but also unlock it from the chest menu to the left side of the screen.

Focus on unlocking the things that are immediately needed for survival: tools for chopping wood, weapons and then focus on other crafting stations and items and finally on comfort items.

What happens if your character dies?
Fortunately, it’s not really the end of the world (or the game) if this happens. You can still continue from where you were, but you will lose all your loot upon resurrection.

However, you can watch a video ad in order to save some of the loot you have collected (it is randomly selected and just a small part of it is saved – but it’s still better than nothing!) or spend energy in order to save all your loot. The good part is that, no matter which option you choose, when you start anew, all your stats (health, food, thirst) are at maximum levels.

And this is another reason for you to make sure that, before heading off to an island, you leave most of your items – or at least non vital ones for the expedition – in storage boxes on the raft. These are not lost if you happen to die sometime during the expedition.

These would be, for now, our tips and tricks for fellow The Last Maverick: Survival Raft Adventure players. If you have other tips and tricks to share with fellow players – or questions to ask – don’t hesitate to let us know by posting a comment in the comments section below.