Home Guides The Human Age Cheats: Tips & Strategy Guide to Go Through All... 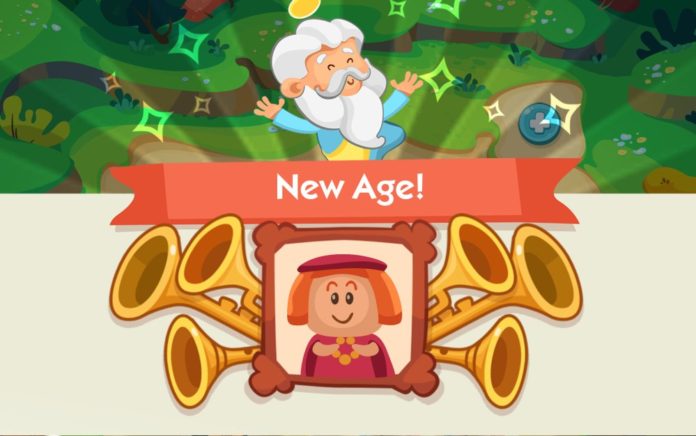 Human Age, the latest mobile game from Noodlecake Studios, challenges us to go through the ages while playing puzzle games that really challenge our mind. But we’re here to help make the experience as simple as possible by sharing some Human Age cheats and tips that will help you go through the ages and unlock as many characters as possible.

The game is, in concept, extremely easy. But its deceptive simplicity becomes obvious soon after playing and getting your board filled with cavemen. But we managed to get really far on a limited board too, so we’re here to share our findings and tricks in this guide. So let’s not waste any time and let’s check out instead some Human Age tips and cheats below!

Tips and tricks for playing on the board

The board is the most important part of the game because this is where you get your high scores from, unlock new characters that give you access to new eras and you have most fun here! There are some things that you should always have in mind and try to do if you want to keep on playing for as long as possible:

– Always look at the incoming pieces and their location. This helps you better plan your moves and it’s extremely important when things start getting crowded. Plan your moves and play them based on what’s coming and always have a long term plan with your tiles and their ideal location in the long run

– Remember that moving an existing character over an incoming one will make the latter no longer appear there. If there is more than one square left on the board, its appearance is canceled. If there’s just one square left, it will spawn in the empty square. Use this to your own advantage and cover incoming characters with existing ones if they would not be useful.

– You can move two or more character at once in the same direction, as long as they are near each other. Just tap the character to the opposite side compared to where you want to send them and swipe in that direction. This is also something that will prove extremely useful in the long run.

– Although you only need three identical characters to create a new one, you can also build matches of four or more. Again, keep an eye on the board and play based on the incoming characters, trying to position the ones you have in such a way that they use up more than 3 existing characters if they are available on the map.

– Try to keep the board as clean as possible. As you advance through the characters, this becomes more and more difficult, just because you will have so many different types of characters on the board, but it’s still a priority.

– A good strategy to keeping the board clean is to try and move the more advanced characters to the sides and corners. You won’t need to move them around too much and this empties up the board a bit more, giving you freedom of movement. Something like this: 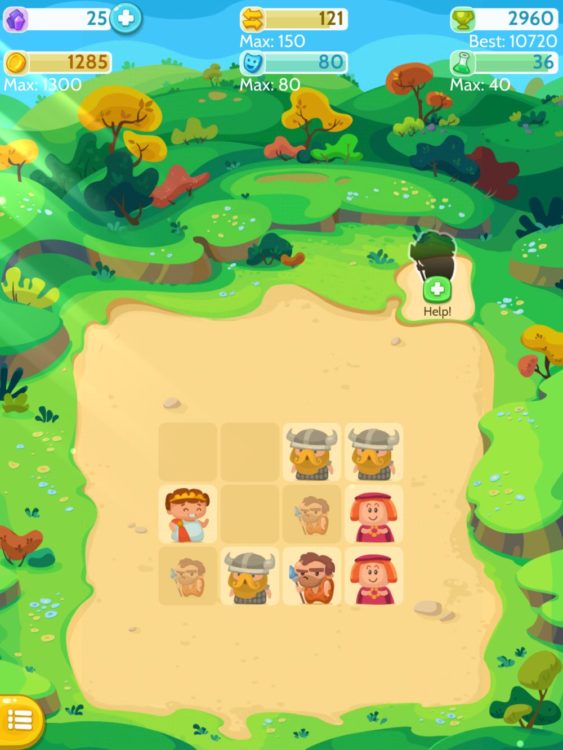 – The number of moves you have available is limited, but you earn more if you perform combos on the board. They also get refilled as time passes. If you run out of moves, you can simply quit the game or go to the main menu to collect more resources and build extra buildings, then return and resume the game from where you left it. In other words, the game doesn’t end until you have no more empty spots on the board!

– Remember that you can get some help if in need and fortunately, in Human Age, that doesn’t cost premium currency. You can either watch a video ad to get the chance to completely remove any character from the board, or you can spend various amounts of in-game resources to spawn a specific character in your desired position on the board. These are very expensive, but they can really save your skin if things get a bit too crowded and complicated, so always have this in mind. But it’s better not to abuse this since you need resources for upgrading your buildings too!

– You also gain resources and extra moves from creating combos: if you manage to create matches using more than three characters or if you manage to create two or more new characters with a simply move, you will receive some extra resources related to that character’s type. This means that you can really rush up production of buildings (or get resources for help in the game) if you play it smart and create solid matches.

It’s extremely important to build new structures as soon as you have the chance to do so. Each new structure adds an extra tile on the board – and they are extremely valuable! They also produce resources over time which help you progress through the game and get the most out of it. So even though you will spend most of your time playing on the board and creating matches, trying to get as far as possible, don’t forget about the buildings in the game!

This would be all, right now, in terms of tips and tricks for fellow Human Age players. Do you have extra strategies that work or extra bits of advice? Let us know by sharing your comments below.