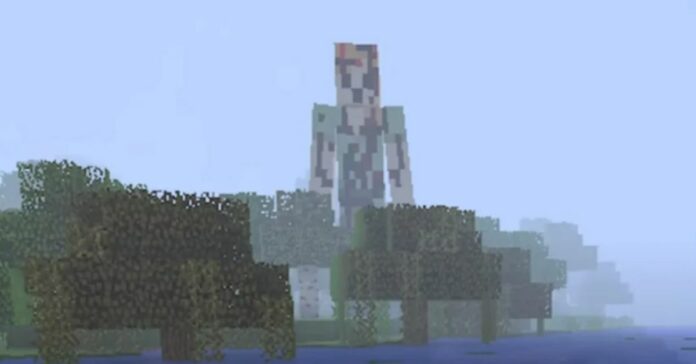 A creature called Giant Alex has become one of the most famous and at the same time very creepy stories in the Minecraft universe. What is known about this creature? Does Giant Alex really exist? Which version of Minecraft you should use to find it? In this article, we will try to answer all these questions.

Who is the Giant Alex in Minecraft?

What is this extravagant creature like? Based on the screenshots of the Giant Alex found on the network, you can establish its general features and characteristics:

Seed to Find the Giant Alex in Minecraft

For the first time, Giant Alex was discovered by some Youtuber, the video of which was later deleted. According to the myth, one of his subscribers asked to check a very strange seed on Minecraft version 1.12.2.

The first sign of the presence of Giant Alex in your Minecraft world is the pits 4x3x2 blocks deep. Most likely, traces remain exactly in the place where Alex herself was staying.

RELATED: How to Find a Friend to Play Minecraft With

Most players say that the creature is only watching the player. On some forums, there is an opinion that when approaching this creature, the game will simply crash. After that, no side effects were found on the computer.

If you have any other information regarding this creature, then you can write it in the comments.

The Giant Alex Seed in Minecraft | How to Find Giant Alex?