Genshin Impact offers a picturesque open world that players can explore from the get-go. The open world of Teyvat garners monsters, ancient beings, people, some gods, some with visions, and some with no abilities and much more. At one glance, people may think that Genshin Impact is yet another gacha game that is generally here too for getting money out of gamers. But, that is not true.

Genshin Impact is one of the few gacha games that offers deep lore and story that helps in character and world-building. With that being said, the Four Winds in Genshin Impact is related to Mondstadt’s lore. And, with this article, we will share all the necessary details you need to know about the four winds.

What is the Four Winds in Genshin Impact?

According to Genshin Impact lore, the Four Winds are the pillars that protect Mondstadt. They are entities whom the Anemo Archon Barbatos(Venti) trusted the safety and protection of Mondstadt before he disappeared 1000 years ago.

Who are the members of the Four Winds in Genshin Impact?

The known members of the Four Winds in Genshin Impact are –

Among the four winds, only Lion of the South is a position that has been passed over to the people of Mondstadt through the title of “Dandelion Knight” or “Lionfang Knight.“

The very first Lion of the South title belonged to Vennessa, the Anemo Archon’s best friend. But when she ascended to Celestia – she herself became a god-like entity and she took the role of one of the four winds who protect Mondstadt. 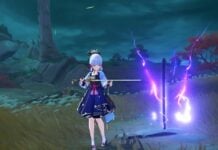 Genshin Impact The Heron’s Invitation: Eligibility, rewards, how to play and more 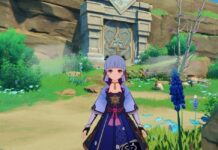 How to Get Teaching, Guide, and Philosophies of Elegance in Genshin Impact