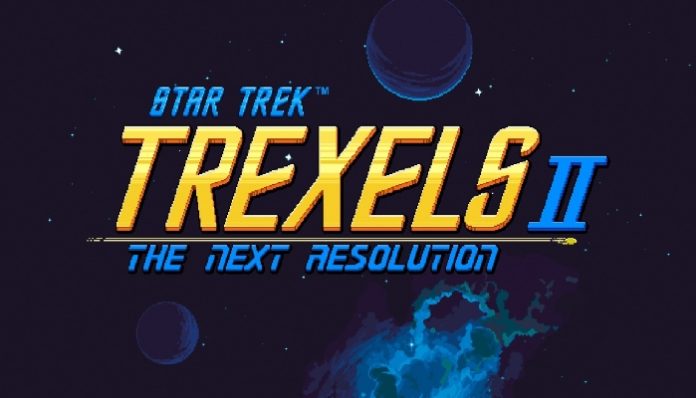 It’s time to journey back to the Trexelian Expanse, so prepare your jump drives and get ready, because things are about to get a little more pixel-y!

Star Trek Trexels II is the sequel to 2013’s Star Trek Trexels, a simulator RPG where you took on the role of commander of a new space team. The sequel contains the same structured gameplay you know and love, but the pixel art has been prettied up to an astounding degree! 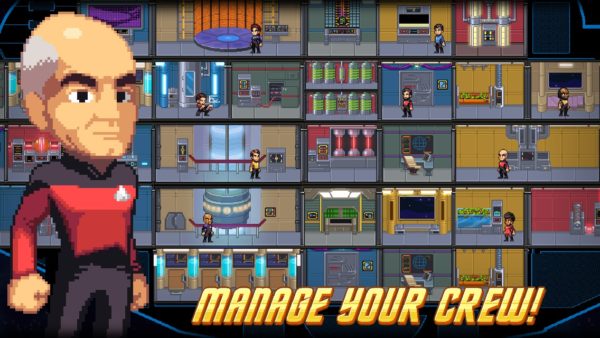 As was the case in the original game, you will be tasked with constructing the various stations a good spaceship needs. Each station on your ship need to be worked by one of your crew members, so make sure to consider each member’s strengths and weaknesses.

You will build your crew with iconic Star Trek characters such as the legendary Picard and Spock, and of course all of your favorite ships are here as well. As your crew and fleet grows, you will be able to create the ultimate Star Trek dream team. 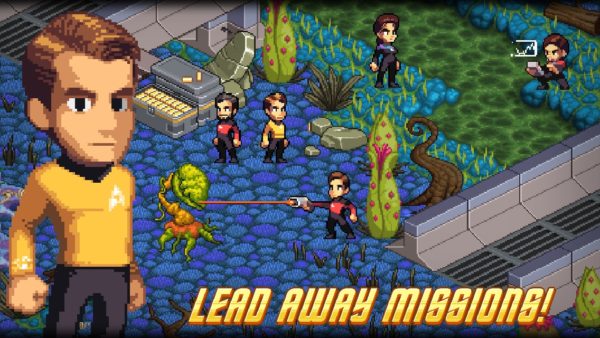 Returning from the first game are shore leave battles. As your landing party faces unknown threats, you will face them head on in real-time tactical combat, similar to games like XCOM. If you’re a strategy game enthusiast, you’ll fit right in!

And when you’re feeling tough enough, you can take on the world in PvP ship battles. Think you’ve got the best ship in the Star Trek universe? Prove it by challenging players in turn-based duels that will challenge all aspects of your commanding abilities!

Star Trek Trexels II is available now on the iOS App Store and Google Play Store. Make it so!