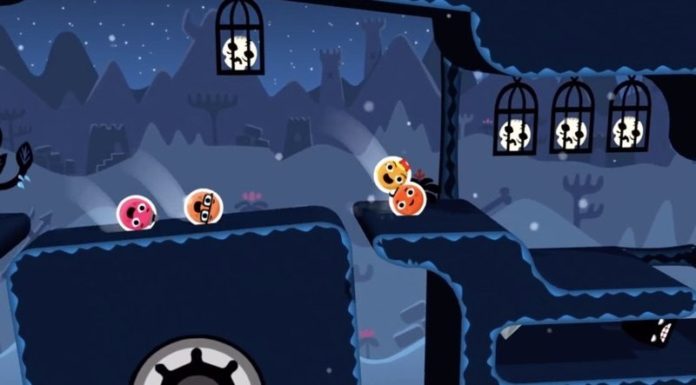 During the iPhone’s early days, mobile gaming was still in its infancy. No one was able to really make a break out hit until London-based indie developer Handcircus released a small little gem called Rolando in 2008. Featuring charming characters and simple yet addicting gameplay, Rolando was often cited as one of the earliest examples of how to do a mobile game right.

Now, after ten years since the game’s original release, Handcircus is bringing back the beloved rolling platformer and remastering it! Introducing Rolando: Royal Edition, a new and improved remaster of the original game.

Rolando: Royal Edition takes the original courses and gimmicks and retunes them for a more modern experience. Everything looks super snazzy as well, with the touched up artwork!

The mighty kingdom has been invaded by the nefarious shadow creatures, and they have kidnapped the royal sages! It is up to you and the Rolandos to roll out and save the kingdom from a terrifying fate as they navigate this super-tactile world.

The core game play is Rolando: Royal Edition remains the same: you will control a small team of Rolandos as they roll through the world. Each level requires you to interact with certain gimmicks and obstacles in order to create a path for the Rolandos. Each Rolando also has their own unique abilities, so try them all out!

With over four sprawling worlds to explore, the fun is endless in Rolando: Royal Edition. The game will launch on April 5, 2019 on the App Store, and there is currently a pre-order discount! You can get the game now for 1.99 USD before it goes back up to its original price on release date.