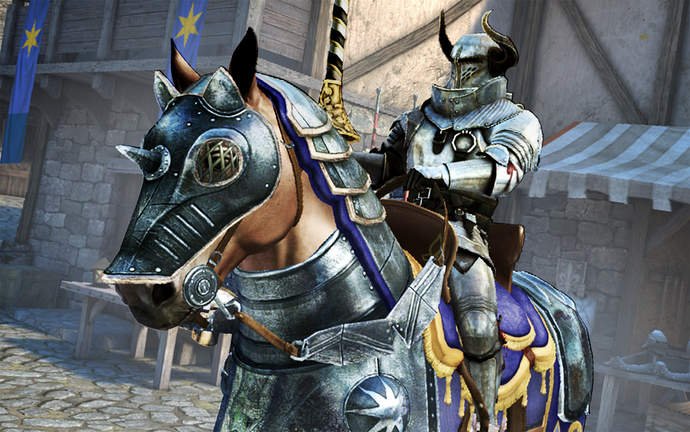 With 2015 just around the corner, it’s time to look back at the great year that’s about to pass and see which were the top game releases during this time period. Therefore, we have embarked on the epic quest of sharing with you the best iPhone and iPad games of 2014, a task that’s proving to be extremely difficult due to the sheer number of releases on the iOS platform. So even though we might miss your number 1 or number 2 favorite here, all the titles listed below are simply amazing and have to be tried out because, well, they are the best iPhone and iPad games of 2014!

Since browsing through archives of hundreds of games is difficult enough, we won’t rank all these amazing titles in a particular order simply because they are all so different. They are all winners in our opinion and certainly games that stand out from the crowd. So here they are: 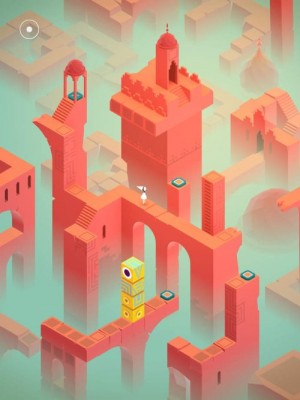 Mesmerizing from start to finish, Monument Valley offers a world of uncanny beauty and constant wonder. To help a princess proceed on her mysterious quest, you’ll face ingenious puzzles that involve lifting and spinning the environment in seemingly impossible ways. Available on the App Store. 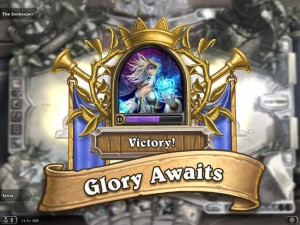 Blizzard’s first iOS game takes the form of a wonderfully robust card battler. Hearthstone’s gameplay strikes an enchanting balance—it’s easy enough for anyone to pick up in short sessions, yet deep enough to keep the experience feeling fresh. Available for free on the App Store as an iPad only app.

You are the Bard, a selfish rogue weary of pointless sub-quests and rat-infested cellars. Through magical song you summon characters to join your quest for coin and cleavage in this great remake that many didn’t consider possible on the iOS platform. A classic that has to be played by old and young gamers worldwide! Check it out on the App Store!

Explore more than 40 lush hand-painted environments as you discover the secrets of the Calamity, a surreal catastrophe that shattered the world to pieces. Wield a huge arsenal of upgradeable weapons and battle savage beasts adapted to their new habitat. Finish the main story to unlock New Game Plus mode and continue your journey! Available on the App Store. 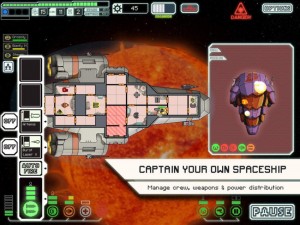 In FTL you experience the atmosphere of running a spaceship trying to save the galaxy. It’s a dangerous mission, with every encounter presenting a unique challenge with multiple solutions. What will you do if a heavy missile barrage shuts down your shields? Reroute all power to the engines in an attempt to escape, power up additional weapons to blow your enemy out of the sky, or take the fight to them with a boarding party? This “spaceship simulation roguelike-like” allows you to take your ship and crew on an adventure through a randomly generated galaxy filled with glory and bitter defeat. Get the successful PC game on your device from the App Store. 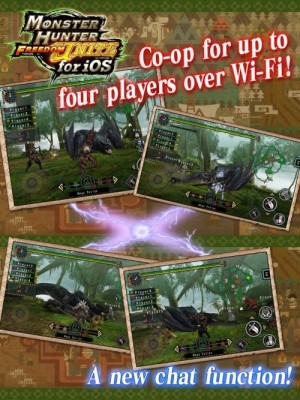 You’ll embark on quests with numerous objectives, from gathering items to slaying monsters. If you’re successful, you’ll reap the spoils, which you can use to create and enhance weapons and armor. Once you’ve buffed up your character, you’ll be ready to take on even bigger quests! This is pretty expensive for a mobile game, currently priced at $14.99, but it’s really worth all the shiny coins so check it out over on the App Store.

You are an astronaut awaking from cryonics not in the solar system, but… out there… in a far and unknown place of the galaxy. In Out There, you will have to survive, tinkering your ship with what you can gather drifting in the void, and spot garden planets to refill your oxygen supply. It feels a lot like FTL, but at the same time it’s completely different, so it’s really worth trying out too – click here to check it out. 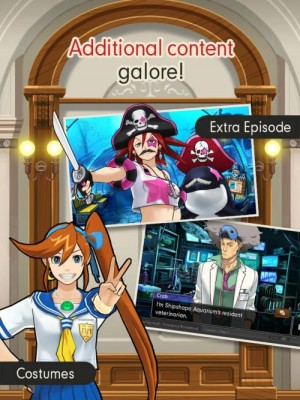 As you progress through Dual Destinies’ fascinating cases—including one that pits the courageous lawyer against a mysterious courtroom bomber—you’ll need to study testimonies for inconsistencies, gauge witnesses’ emotions, and present the right evidence at the right time. As the trials go on, clues start to stack up, and solving each case requires thoughtful decisions, a keen eye, and impeccable instincts. After all, it’s a Phoenix Wright game, so it’s clearly great! Check it out here. 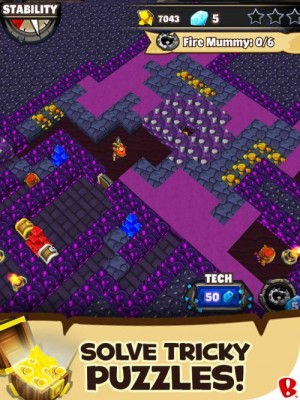 In Dwarven Den, you play a jolly, little person on an epic quest. Your people discover that their dwarven ancestors are trapped in vast underground mines. Your task is to dig deep through ancient civilizations, solving challenging puzzles along the way, in hopes of saving the other dwarves. Can you dig it? Find out by downloading this game for free from the App Store! 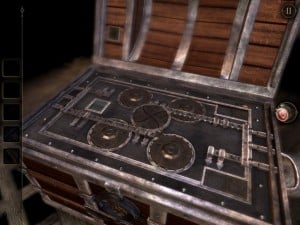 A terrific follow-up to our 2012 iPad Game of the Year, The Room Two continues the dark, foreboding tale introduced in its predecessor. Marvelously detailed graphics and eerie music make this first-person puzzler feel stunningly real, and as you travel from an ancient crypt to a séance room and beyond, you’ll love unlocking the secrets of every object—and learning more about your mysterious imprisonment. Mind bending puzzles await here. 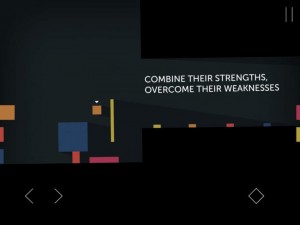 Thomas Was Alone is a brilliant platformer filled with creative challenges, a beautiful blend of minimalist visuals and music, and an exceedingly clever deconstruction of videogame mechanics. Story and gameplay merge to create a striking, darkly funny experience that will stick with you long after you’re finished. Check out this classic in the making on the App Store. 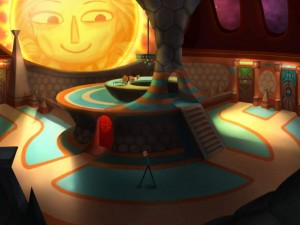 Broken Age is a timeless coming-of-age story of barfing trees and talking spoons. Vella Tartine and Shay Volta are two teenagers in strangely similar situations, but radically different worlds. The player can freely switch between their stories, helping them take control of their own lives, and dealing with the unexpected adventures that follow. Check out the first Tim Schafer game in 16 years here. 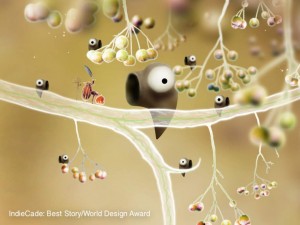 Botanicula is a humor-filled adventure game created by the makers of award-winning Machinarium, studio Amanita Design and Czech band DVA. Five friends, little tree creatures, set out on a journey to save the last seed from their home tree which is infested by evil parasites. Check out the game on the App Store. 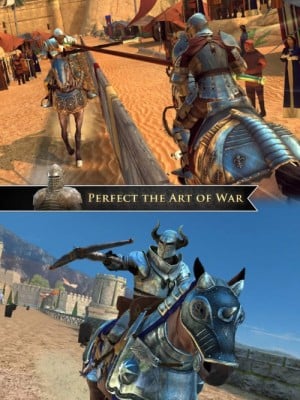 Rival Knights delivers fantastic fast-paced jousting through slick controls and accessible gameplay, while still offering deep options for customizing your armor, lances, and horses. Thanks to supremely polished 3D visuals, the action looks as realistic and smooth as it feels. Once you’ve mastered the mechanics, you can take your rider online to compete with other crusaders for a chance at incredible gear, gold, and more. The game is available for free on the App Store. 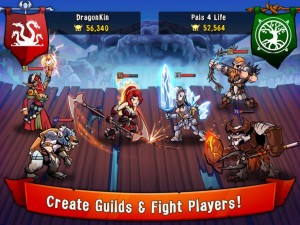 Choose your style of play in the deepest game out there! Easy to pick up, impossible to master! Strategize on your squad’s composition of classes and take tactical control of the battle with powerful abilities! Your heroes come beautifully to life on fully animating rigs in this free to play RPG game that you’ll get to love! Check it out here.

So, there you have it – a glimpse back to 2014 and 15 of the best games launched throughout the year. I hope that you get the chance to try them all out – they’re simply amazing games! And don’t forget to share with us your favorite titles in the comment section below!