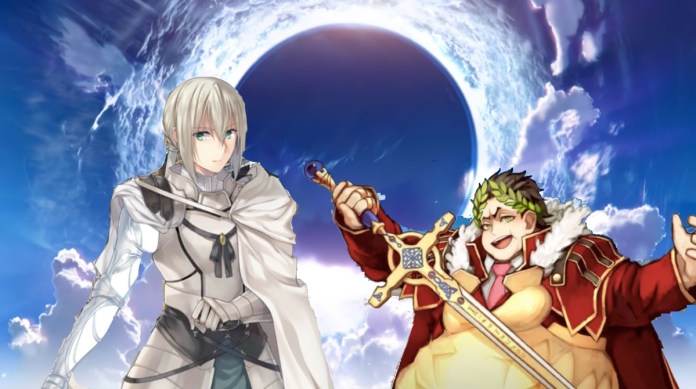 Sabers are the powerful sword-wielding characters of the Fate universe. Noble and brave, they typically come with heroic personalities. They are very useful against archer class enemies and others, with Single Target Sabers usually coming with the potential to be boss killers. Most of the desirable ones fall into the category of being limited characters, but there are many good 3 and 4 star free ones that are just as strong, if not even better, than those ones.

There’s a good reason this Roman general tends to rank so high in tier lists. His support-based skills buff attack, defense, Noble Phantasm power, and critical strength for the other units on the field. As a character with a Quick-based Noble Phantasm, he has the capability to be able to loop it, meaning he’ll be able to spam it. This makes him an optimal boss killer for the early game stages.

The fearless leader of the Argonauts may not be a huge damage dealer, but as an Arts-based Saber, he’s worth raising for his skills alone. He’s one of the only characters with an Evade skill that can be assigned to one ally, as well as one that increases a selected ally’s Critical Star Gather Rate. If you have any of the Argonaut characters such as Heracles, Atalanta, or Medea, his third skill is specifically tailored to buff them.

The Camelot knight is one of the best damage-dealing Buster Sabers in the game, even comparable to that of characters like Musashi. If paired with a Buster-based support Caster like Merlin, he is definitely capable of destroying later game bosses on his own. He has a skill that charges his Noble Phantasm, as well as one that increases the Noble Phantasm strength for all allies.

Recently added to the Friend Point gacha, Saber Lily is a decent character to use for lancer farming because of her Area of Effect Noble Phantasm. Her third skill increases Noble Phantasm gain for all allies, which makes her great support for other Buster-based sabers that sometimes take a while to charge up their noble phantasm.

You may be familar with the SSR limited Foreigner Hokusai, but there’s a free version of her you can get this summer in the Las Vegas event in the game. This Hokusai is an arts based Single Target Saber with critical based skills. She can increase her own Arts Card power and increase her own Noble Phantasm battery, making her an excellent unit. Hokusai is the reward character for the event, meaning you get to keep her once you complete the story.