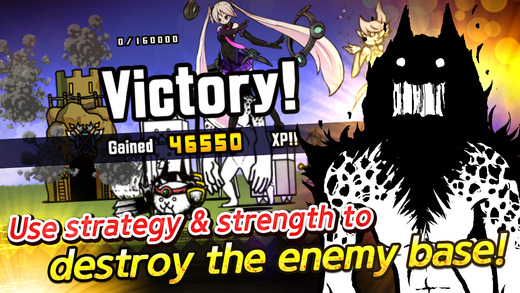 The Battle Cats, the unique strategy game developed by Japanese team PONOS, has received plenty of additional content and features in the past few months, expanding the hilarious experience of the game. If you haven’t had enough of battling all sorts of creatures with your cats, you will be happy to know that more content is coming soon to the game.

In a new press release sent to TTP a few hours ago, PONOS confirmed that a new character called the Nekolugas is going to be added to the game during the weeekend. The team has also confirmed that all in-app purchases, including premium characters, will be available for a reduced price for the next few days.

A The Battle Cats collaboration event that has been launched a few months ago is also going to become available soon once again. In the Survive! Mola! Mola! collaboration event, players will be able to experience unique underwater maps where the cats will have to deal with different marine creatures and unlock a special unit. The event will run through mid- December.

The Battle Cats is now available for download on the App Store in all regions.