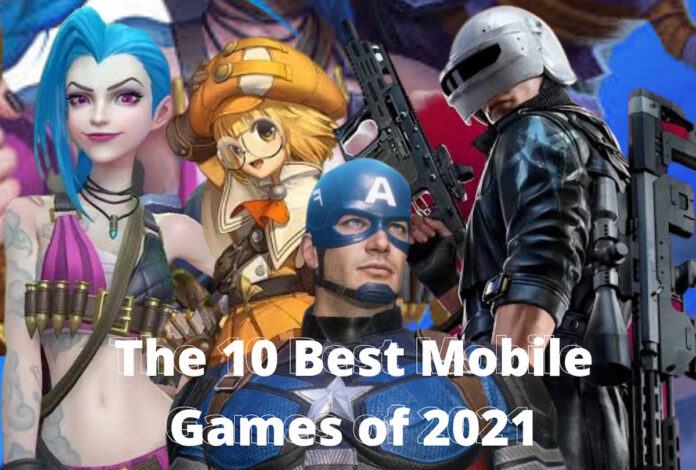 So in order to celebrate this, we have listed the best 10 mobile games to arrive mobile in 2021. The games that many of us didn’t even see coming and after they did, they did not disappoint.

NieR Reincarnation is an enticing role-playing game developed by Applibot and published by Square Enix for both Android and iOS devices. The game takes place in the universe of Nier and its sequel Nier: Automata.

Similar to its console version, the game is set in a realm called The Cage where players take on the role of a girl guided by a ghost-like being she calls Mama. During your explorations, you’ll come across Scarecrows upgrade weapons used to fight enemies within unlocked memories.

In order to reclaim what you’ve lost, you must journey through this unknown world and atone for your sins. Mama leads you to a place known as The Cage which holds the answer to all your questions. NieR Reincarnation offers console-like graphics, a captivating story and a unique combat system.

This is Marvel’s first ever open-world action RPG game that offers a massive open world that lets you play as your favourite MCU character such as the likes of Spider-Men, Storm, Captain America, Captain Marvel, Doctor Strange, Star-Lord and Black Widow to battle some of the MCU’s most iconic villains such as Thanos, Red Skull and Ultron.

The game offers a thrilling new action-adventure game from Netmarble that lets you take control of Earth’s mightiest heroes and defend the universe from cosmic threats by going head to head with popular villains.

Despite the poor reviews and reported issues of glitches by many players, Marvel’s Future Revolution did not quite get the success it imagined it would prior to its release. Regardless, the game does introduces some unique concepts to the open world genre.

Northgard is a game of exploration, resource management and land acquisition. The game will task you to establish and expand a thriving Viking settlement that involves constructing specialist buildings whilst maintaining production loops from both humans and mythological beings along the way.

There’s a lot to admire in this game as its packed full of tough decisions and different types of strategic riddles. The multiplayer mode also allows you go head to head with up to six players. The game’s unique features is separates it from other strategy titles.

This is the latest battle royale installment from Krafton Inc. Like the popular PUBG game, New State takes the familiar concept of dropping 100 players into a selected map, where they must fight to survive as a team or embark solo and try to be the last man standing in order to win.

What sets New State apart from PUBG is the improved graphics and dynamic gunplay. The mobile optimization has also been improved, and you can customize your weapons with dozens of customizations at your disposal. Infact, New State is PUBG at its best.

This game is the perfect party game to play with your friend. The game allows you join random sessions and play with strangers but you can also host your own private games or join a friend’s and that’s where the real fun begins.

And if you don’t have enough friends to start a session, you can simply host an online space and tap the private button to change it to public which allows other random players online to join your space. The game also features cross-play with PC and mobile devices.

This is a thrilling adventure game where you can sketch, paint, and solve variety of puzzles in order to uncover a fascinating tale of chance and artistry. The game offers a vivid interactive fiction that focuses on an aspiring artist who is on the brink of completing the final piece of her gallery submission.

You will experience an eloquent and relaxing gameplay that you can play at any pace and become immersed in a panoramic world that’s filled with gorgeous resplendent colours and hand-animated visuals to amp up your gameplay experience.

After months of anticipation, Mir4 finally made its way to mobile and it’s as good as we thought. This is an open world free-to-play K-fantasy MMORPG with stunning art style that challenges the graphical enchancements in mobile gaming. The game is set in an ancient eastern universe, potentially inspired by Korea itself and boasts top of the line graphics paired with engaging storylines.

There is a high level of character customization, NPC interactions as well as exciting clan mechanics. You’ll also find everything from five player co-op multiplayer resource, collecting guilds pets and in addition, the game is integrated with blockchain coin cryptocurrency and NFT.

Most of you may have already heard of this game long before you came across this article. Pokémon Unite is an online multiplayer battle arena game that consists of matches with 2 teams and up to 5 players. Surprisingly, the MOBA genre seems to fit perfectly with the Pokémon franchise.

The game map is split into two halves where you have to score points for your team by defeating NPCs or wild Pokemons and moving to different control points. In order to win, you’ll have to earn more points than the opposing team in the alloted time.

The Pathless is a breathtaking open-world game where you play as a hunter whose archery skills are unmatched. You’ll travel through the mystical island and try to dispel a curse of darkness from the world alongside your eagle companion.

You’ll explore the gorgeous and unique open world setting that’s filled with secrets to uncover. Pass through misty forests, snowy tundras, and lush meadows. Discover the island’s dark history and try to solve the ancient ruins’ puzzles across the world.

Divinity – Original Sin 2 is an exciting open-world game where you create a character and challenge opponents in turn-based combat. You’ll discover how the world reacts differently to who and what you are. You can explore and unleash your imagination in endless ways and interact with the world.

You can gather your team and form alliances with companions. The entire environment is your weapon, which allows you to manipulate even the elements and emerge victorious. You’ll also explore the lands of Rivellon and be the savior it desperately needs.

That’s all from us on the 10 best mobile games of 2021 and if you think we’ve left out an amazing game that didn’t make our list, then let us know about the game in the comments and we just might compile a new list! 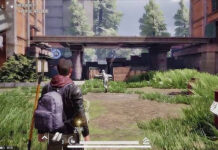 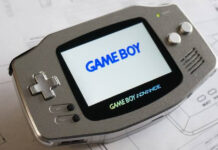 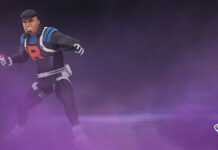 How to Easily Beat Cliff in Pokemon Go: Tips and Cheats