Home Game Guides Tec-9 in Standoff 2 Guide | Description of the Gun and How... 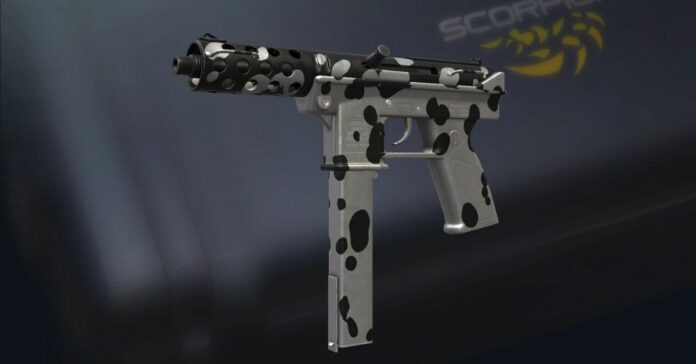 Pistols in Standoff 2 are much less popular than other guns. Players prefer to take powerful assault rifles or sniper rifles, and only occasionally resort to buying pistols (and even, in this case, only Desert Eagle is preferred).

In this guide, we’ll talk about the Tec-9, one of the coolest pistols in Standoff 2, perfect for the early rounds of competitive mode to save some money before serious purchases.

How to Play With Tec-9 in Standoff 2

If you do not like to take risks, we recommend using Tec-9 in Standoff 2 at short to medium distances. A moderate rate of fire will work the best. Just make 2-3 shots and then hide behind a corner or box. This way you will avoid damage, give some damage to your opponent and make him back up, giving your teammates the opportunity to move forward and destroy the target. In this case, you will act as a support player.

For more carry-style players, shooting single cartridges from afar is also suitable. Considering that two bullets fired into the head is enough to destroy even an armored target. Here you will also have to use cover and slow down the rate of fire. Aim at the target, and then, with a careful movement of the sticks left and right, you need to shoot and then hide, releasing a bullet at the moment of stopping.

Be sure to count the bullets! If suddenly you have to take rush the enemy, then your gun should be full. The main reason for the unsuccessful game of players with pistols is the lack of control over the bullets.

Tec-9 in Standoff 2 is a pistol for those who have perfectly mastered the technique of accurate shooting and want to destroy enemies with ease. Its real benefits are revealed when playing in bomb-laying mode or competitive matches. Low cost and excellent damage characteristics will allow you to decently fight your enemies even if you do not have money. While you are here, take a look at our article on the best Bluetooth mouse for iPad.