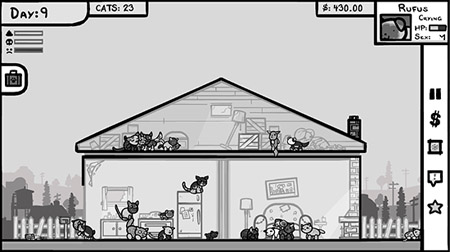 Mew-Genics, one of the latest Team Meat developed games to be revealed, has been put on hold, the team confirmed a few days ago during PAX Prime.

Tommy Refenes from Team Meatl has revealed that the game has been put on hold to make it a little more coherent. The team has revealed too many of the possible features of the game, features that have already been expanded, merged or cut from the game. For this reason, the team requires more time to develop a game that can be considered as a quality product.

The new Mew-Genics situation has also been caused by the announcement of Super Meat Boy Forever. The new entry of the Super Meat Boy series will have precedence from now on and will definitely release before Mew-Genics.

Things look pretty uncertain as of now. Team Meat originally put the development of Super Meat Boys iOS to work on Mew-Genics. With the latter getting put on hold as well, we really don’t know what going to happen and which game iOS users will be getting.

We will keep you updated on the matter as soon as possible so stay tuned for all the latest news.