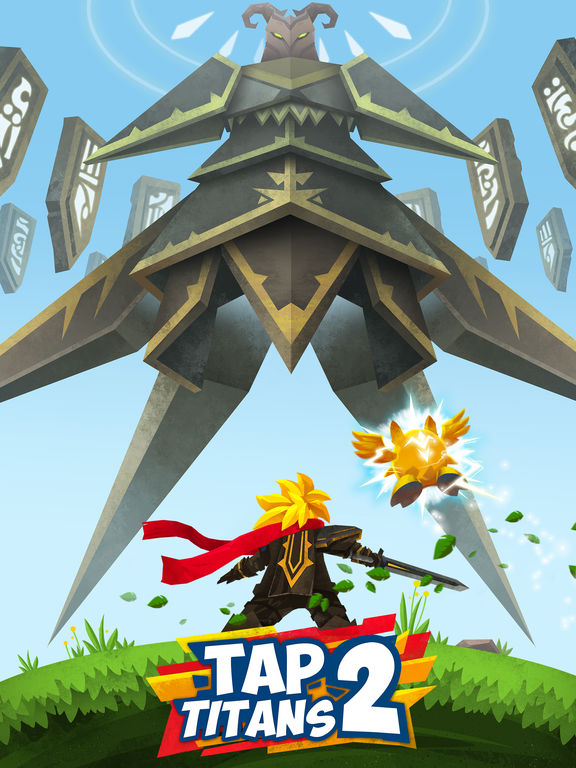 The Titans have returned, but thankfully so has the legendary Sword Master. Tap Titans 2 is the sequel to the clicker hit Tap Titans. Like always, you can tap away to slash at the titans yourself, or you can call upon the aid of mystical heroes to help you take them out while you’re away from the game. Tap Titans 2 is a classic clicker-type game with a great visual style and addictive gameplay.

We’re here with a couple of clicking tips in our Tap Titans 2 cheats, tips and tricks strategy guide!

The Sword Master learns his first skill – Heavenly Strike – at level 100. Heavenly Strike is a special attack that causes 450 times your regular tap damage! If you’re struggling with defeating a certain boss before the timer runs out, Heavenly Strike is a huge burst DPS skill. It alone is probably enough to take out any of the early game bosses. At level 100, the Sword Master’s DPS is around 7K, which means a Heavenly Strike will dish out about 3 million damage! The only drawback is that it costs 27 mana to use, and your cap starting out is only 35. You regenerate two mana every minute.

If you’re going to play the game actively, we suggest pouring lots of upgrades into Sword Master. This increases how much damage your taps do. We’ve also found that the best way of slashing as fast as you can involves using three fingers. Place your index, middle, and ring fingers on the screen of your device and then start tapping wildly with all three fingers. You will be slashing so fast damage numbers on the screen will start overlapping almost completely!

3. Or leave the damage to your heroes!

If you prefer to play clicker games more passively, you can dump more upgrades into your heroes rather than Sword Master. Each upgrade a hero gets will increase their DPS and level them up. At certain level intervals (20, 40, 60, 100~) the hero will learn a new passive skill that will grant special bonuses to you. Some of them will increase your stats, like upping your chance of critical hits, upping the chance of fighting a Chesterson, increase your mana cap, and so forth. Even if you aren’t relying on your hero DPS that much, you should still try to upgrade them when you can to get these passive skills.

Pets function similar to your heroes, but they’re considered a separate entity. Pets give themselves damage bonus, but their second skill is a passive that helps you in some way. The pet you start out with – Nova – increases all damage you deal by 1.1 times. It’s negligible at first but becomes pretty good once you’ve leveled up a bit. You’ll eventually receive an egg that will hatch a new pet. Only one pet can be active at a time, so you’ll need to pick and choose which passive you want active at the moment.

5. Wait for your mana before engaging!

Having trouble with a boss? Make sure you’re prepared! Check your mana reserves and make sure you’re at maximum. A well-placed Heavenly Strike can mean the difference between victory and defeat. Ensure that you have the right pet set and you’ve leveled up as much as you can. Put on your best gear if you have any, too.

That’s all for Tap Titans 2. If you have any other tips or tricks to share, let us know in the comments below!