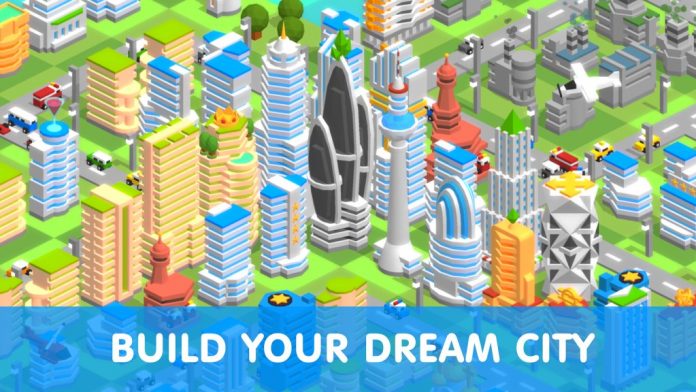 When you think that you’ve seen it all when it comes to endless tapping games or even city building titles, a game like Tap Tap Builder is launched to show you that there’s always a bit more that can be done. A truly unique experience – and a really addictive one as well – Tap Tap Builder mixes city building mechanics with the endless clicker genre and offers a surprisingly fun experience. But we’re not here to praise the game, even though it deserves all the praise in the world! We’re here to talk strategy and share with you some Tap Tap Builder cheats and tips that will help you build the best city that there ever was. And have a ton of fun while doing so.

With more apartment buildings and offices waiting to be upgraded, let’s not waste a single second and let’s check out below some Tap Tap Builder tips and cheats!

1. You need to progress through the levels
As you gain more levels, you unlock more buildings just like in every game. But unlike most games out there, unlocking new buildings in the game and building them also gives you new gameplay options. For example, building the Main Server allows you to enter Promo Codes, the Movie Theater allows you to watch ads for rewards, the Obelisk of Victory unlocks Rankings and Achievements and so on. So go up through the levels and you’ll get a ton of things to unlock and new features to enjoy!

2. Keep an eye on the power
Electrical power is extremely important, so make sure that you always have your Power Plant to the highest possible level. Even better, build two Power Plants early on in order to make sure that you won’t have any power-outages anytime soon. And remember that once you start upgrading a Power Plant, it no longer produces energy, so it would be best to finish the upgrade before you leave to make sure that all your other buildings are functioning properly.

3. Tap with two fingers
Unlike most endless clickers out there, Tap Tap Builder doesn’t offer a ton of chances to tap using multiple fingers. However, there’s the build icon to the left side of the display that is just large enough for you to tap with two fingers and make sure you use so to speed up building a bit. I am not sure how convenient it is on an iPhone, but when I am playing on my iPad, it works like a charm and everything builds a lot faster!

5. Micromanage your Energy
Most of the buildings in the game can be tapped in order to produce something. However, they require energy to run, and that amount is limited (but replenished over time or by tapping the gym). It is extremely important to use the energy constantly to produce goods. So far, it seems that money is the thing you want to produce the most of, since things get more and more expensive coin-wise while the other resources are not needed in much greater quantities, but anything you need can and should be produced using energy. Start using energy as soon as you log in to the game, then build and upgrade buildings, then use all the remaining energy before you leave.

6. Job shortages are better than unemploment
Unemployment greatly affects your economy and reduces the money you get as you have to pay a sum for every unemployed person your city has. And since numbers can go up really fast, unemployment can prove to be a real problem. Job shortages, on the other hand, only influence the productivity of the building(s) that don’t have enough workers, but that’s not as bad as losing money. So always check the numbers and make sure that you have no unemployed people (or no more than 50 at any given moment) otherwise money will become a problem sooner rather than later.

7. Plan the design of your city early on
It appears that every island is randomly generated for each player, but you can still easily plan for the future expansion of your city and build it nicely as you progress through the levels. Take some time to check out the map and build roads in such a manner that you get to build on as many tiles as possible, including the hard to reach ones near the sea. Also, build road on the mainland like large rectangles, with room for two buildings between them: this way you optimize space the most and get the maximum amount of possible buildings to build!

8. Always check your city’s stats
Make sure you constantly tap the book icon in the main menu, as that’s where you have all your stats and information about the city you’re running. Keep an eye on the unemployment rate, Crime rate and Fire risk, as well as production and build new structures based on what you’re lacking more at the moment. Balance everything nicely and you will soon have a thriving metropolis on your hands!

These would be our tips and tricks for Tap Tap Builder. Do you have extra advice for fellow players? Let us know by commenting below!