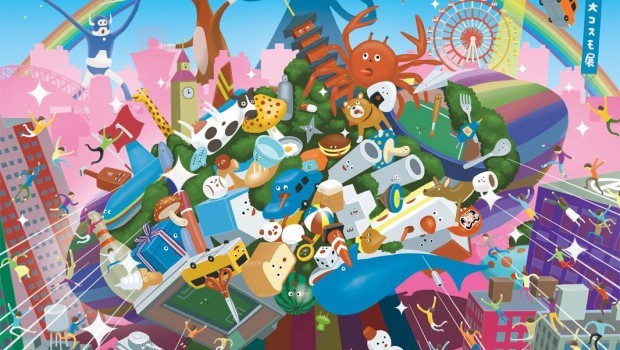 The Katamari series is one of the more interesting video games series ever released thanks to its unique setting and characters and wacky gameplay experience. If you have been hungering for a new entry, you will be happy to know that Bandai Namco has revealed a new Katamari game that will be released soon on the App Store.

The new is called Tap My Katamari and it will feature the Prince just like previous entries of the series as well as his ball creating endeavors. Helping the prince in the new game will be 35 new cousins, who will be giving a hand by collecting pretty much everything that can be seen in the game , ranging from cars to animals. A regular day in the world of Katamari.

Unfortunately not much else is currently known about the game, not even its precise release date. However it’s been revealed that players in select contries such as the UK, Canada and New Zealand will be able to enjoy the game before anyone else.

Tap My Katamari will be released soon on the App Store. We will let you know precisely when the game will become available as soon as possible so stay tuned for all the latest news.