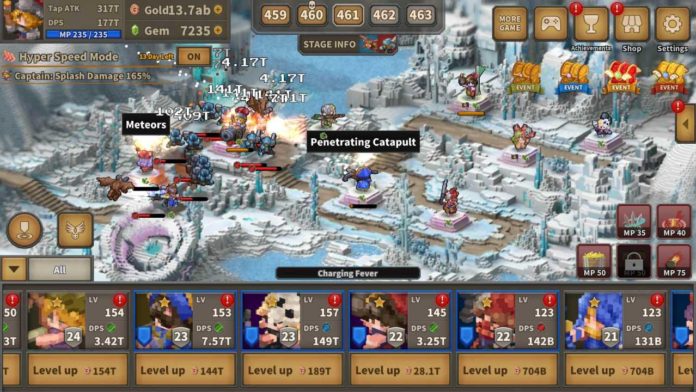 Tap Defenders by Mobirix is an amazingly addictive and beautiful tower defense / idle game combo for Android and iOS. And we’re here to help you get better at it by sharing a bunch of Tap Defenders cheats and tips.

Our complete strategy guide will teach you everything there is to be known about the game, including strategies to unlock more heroes and set up amazing defenses on your base and get as far as possible. Everything while having tons of fun, which is guaranteed since we’re talking about such an amazing game.

So let’s not waste any time and let’s check out below some Tap Defenders tips and tricks!

Know your heroes
Since the mechanics of Tap Defenders are similar to those of traditional tower defense games, it means that the heroes you use in battle won’t all attack the incoming monsters. Instead, there is a range of effect that each hero has and they only attack monsters in that particular area.

Also, some heroes are causing damage at a faster rate than others. Some act as support units making your heroes better, while others are simply focused on dealing massive damage. Finally, each of them has a different Leader Bonus, so there are many things to consider.

Take your time to learn everything about your heroes, paying attention to all these factors: first of all, attack damage and speed, range and leader skills. Also look at all the abilities they have (and will have when you unlock them), then decide on which heroes to focus your resource spending on. 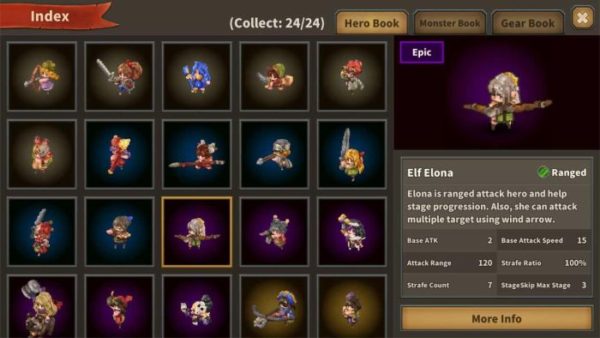 Eventually, you will have more heroes than spots on the map, so it’s best to become selective early on and only work on your best heroes. Remember that those with a really high range are extremely useful for most stages.

The Gates
There are two different Gates that you can enter with your Heroes: the Mimic Dungeon and the Gear Dungeon, the latter being the one where you will most often take part since the keys are easy to earn.

As the name suggests, the Gear Dungeon gives you the chance to earn a ton of gear, but the fun part is that it’s just the rank of your heroes that matters in terms of damage dealt, which can also be influenced by your taps. It’s worth spending all the energy you have for the Gear Dungeons because the earnings are making it extremely lucrative.

Just as it goes with the regular stages, Hero placement and knowing your heroes is extremely important, just as their rank is. 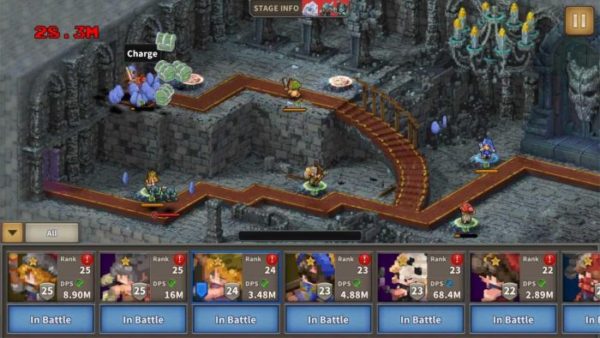 Gear
This is an extremely important feature of the game. Gear gives you permanent bonuses which are extremely useful. They are not reset when you Ascend and can be upgraded. Spend time to read the description of all the Gear items that you have and upgrade those that give you the biggest advantages in the game.

I personally prefer those enhancing Attack power or speed, as well as range. But in the end, you have to work with what you have and you’ll always have tons of options to choose from.

Ascending
In order to increase the rank of your unlocked heroes, you will need Spirit Stones, which are rewarded to you when you Ascend based on your current performance.

You should only Ascend when you get a maximum amount of Spirit Stones because upgrades become extremely expensive extremely fast.

But how do you know when you should Ascend? It’s when beating a stage becomes impossible or very difficult and you need multiple tries to do so. That’s when I consider that it’s no longer worth spending time in the current stage and it’s time to reset progress.

After ascending, start spending the Stones immediately for Ranking up your Heroes. Always start with your best heroes and move your way down from there. I recommend upgrading them evenly instead of building a super hero, in order to keep costs in check.

In other words, it’s best to rank up your first 7-8 heroes evenly and only afterwards spend some stones on your favorite, if you still have any left. Also pay attention to the unlocks and prices as sometimes it’s a better idea to rank up an already unlocked skill instead of unlocking a new one.

Spend your Diamonds early on getting heroes
Go to the Shop as soon as you have 1,500 diamonds in order to purchase the Large Hero Summoner Chest. You will get a lot of heroes that way and this is the easiest way to unlock new and better heroes for your lineup, as well as scrolls to increase their rarity.

Diamonds are easy to get in the game early on and you should be able to get 3 chests in the first 2 days of playing the game if you are active. This will give you a massive boost and even better, many heroes to choose from when it comes to selecting the best of the best for your line-up.

So the only thing you should spend Diamonds on for a while is getting new Heroes.

Defeating tough bosses
Bosses are easier to defeat if you throw at them everything you have in terms of boosts. Therefore, make sure that you set your leader skill to something that gives you the most damage, then unlock whatever damage boosts you have (like Fever mode and other skills that increase damage or give you auto attacks).

This would be it in terms of tips and tricks for Tap Defenders. A little strategy gets you a long way and I am sure that our complete strategy guide will help you perform better.

If you have other Tap Defenders tips or tricks, don’t hesitate to share them with fellow players by commenting below.