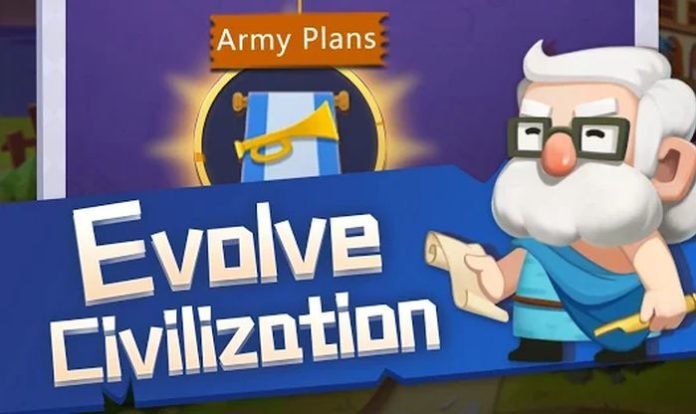 Tap Civilization is an awesome idle game for mobile, and we’re here to help make it even more awesome by sharing with you a bunch of Tap Civilization tips in our complete guide to getting more Silver Coins, evolving through the eras, building your winning army and much more.

The game itself, as you probably know already, is very complex and there are tons of things that you need to take into consideration and micromanage if you want your civilization to thrive. And I’ll do my best to cover them all here and help you get the most out of the game.

So let’s not waste a single second and instead let’s check out below some Tap Civilization tips and tricks to help you play a better game.

Silver Coins are a type of Premium currency that you start collecting during the early stages of the game, but it’s not very clear what can they be used for since there is no way to spend them.

Eventually, though, you will be able to spend your Silver Coins in Tap Civilization, in a special market that you will unlock in the game, available from the Spaceship menu (it is the 15th upgrade, so you need to go up the eras a bit).

From that particular market, you will have the chance to spend your Silver Coins to purchase various boosts and items at usually good prices. So do get as many of these coins as you can, the easiest method being that of collecting them from the chest in the Army Menu.

How to get more Gold Coins?

If Silver coins can be obtained for free, the real premium currency – Gold Coins – is not that easy to get.

You will still receive a bunch of free coins from various places, the easiest of them all being Achievements: simply complete those and you will receive a ton of Gold Coins for free.

You also have a really simple method: from the shop itself, in the upper left corner, you have the option to collect some for free each day, then watch up to 4 video ads to get random amounts of free gold. Take advantage of this offer as it does add up and becomes helpful eventually.

How to spend Gold Coins in Tap Civilization?

If you’re a free to play gamer, you should make sure to invest the coins wisely each time you make the purchase. And the best way is to go for the Gifts of the Era packages.

These offer a ton of value for your money, but increase in costs. However, the first one is just 30 coins and gives you 1 Clone License and lots of other goodies (a Clone License in the Shop is 300 Gold Coins!), then it goes up to 100, 200, 300 coins. After this point, it’s better to wait to go to a new era.

But try to stay away from moving to a new Era until you have purchased at least the first two Gifts of the Era packages (but ideally the third and 4th one as well).

Happiness is one of the many things that you need to take into account when playing the game. Happiness is an indicator on how effective your recruiting is and you want your happiness to be as high as possible.

It is greatly influenced by Luxuries – but these are rewards that you get pretty much randomly from various areas of the game (mainly from Army battle chests), so you don’t have a lot of control over them here.

You do have control over the bath pools: make sure to build as many as you need in order to keep your citizens happy: aim for at least “Delighted” status. This is easy to do if you plan your moves ahead a little bit.

Don’t overbuild, as you need those resources elsewhere and you will keep getting luxury items as you play, but definitely keep an eye on your civilization’s happiness, especially after going to a new era (when happiness requirements and calculations change).

The biggest challenge in Tap Civilization will be that of perfectly managing your resources. It’s easy at first, when you have just Food, Wood and Stone to manage, but as you unlock more resources, things get a bit more complicated.

Once you unlock the advanced resources (starting with Fur, Faith and so on), you should always keep an eye on your production to make sure that in all areas you are getting a nice profit. Don’t let the resources go into the red, as you need them all!

You should always focus on maximizing the main resources – Food, Wood and Stone – as you will need a ton of those over time, but try to keep the production of the others at least at 15% of that of the base resources (so if you’re profiting 100 food per second, keep the Fur, Faith and so on at 15).

I found out that it’s a lot easier to manage resources by actually going for at least 50% decreases from top to bottom. In other words, here is how production would look like starting with 1,000 food per second:

While I wasn’t actively following this rule until I found out that it works easier this way, it works just fine for me right now and I recommend you give it a try as it’s the easiest one to manage.

Resource Storage is just an important

It makes no sense to produce 1,000 food per second if you can only store 1 million, for example. In most cases, it’s actually the storage for resources that’s more important than the production per second.

Invest more in storage that you do in anything else, especially once you hit the third era (Stone Era). The higher the capacity, the better: if you’re constantly seeing red from maxed out storage, it means that you should invest A LOT more in upgrading those capacities.

However, some of the buildings will trick you into spending more resources if you’re not careful.

For example, the housing ones: you start the game with Huts available, but soon you will upgrade to Chalets. The first one allows you to house 1 person, while the other – 3. It seems obvious that you should only focus on the latter now, because you want to progress quickly, right?

Well, that is not true. For a while, it will still be more profitable to build Huts. That is because they need just as much land as chalets (5 vs 15, with the latter giving you three times more people), but they need fewer resources: only wood and small amounts of those, while a Chalet needs both wood and stone.

So upgrade the huts until they are no longer profitable (the wood costs increase every now and then). And do the same with all upgraded buildings: only invest in those that offer you the biggest value for your resources!

How to win your battles in Tap Civilization

Winning battles in this game is generally as simple as being able to send the larger army into a fight. But when that’s not really possible, you should start planning a bit.

The troops that deal the most damage can be considered the best option and you should have the most of those (usually cavalry). As a downside, they’re really expensive.

Also, each unit has special skills that they can trigger in battle, offering some sort of an advantage, while the Great People that you have unlocked could also influence the battle one way or another.

So having a varied army is better, in my opinion, than simply focusing on cavalry like many people are doing. There’s still a sort of a rock-paper-scissors mechanic in the game, meaning that the Melee Units have skills that make them better against Cavalry, the Archers are better against melee and so on.

Look at the composition of the army that you’re facing in battle and plan accordingly. I am usually using something like 10%, 20%, 20%, 50% with good results.

How to advance to a new era in Tap Civilization

Advancing to a new era is pretty straightforward, but not easy to achieve: you just need to meet the requirements set by the game.

This means that you need to reach your territory goal, population goal and technology goal. These can always be checked by tapping the current Era’s name in the top left corner.

Try to reach your population and territory goal ASAP (it’s easy to go over, actually) as the technology goal will usually take the longest to complete since a lot of time is required for each research.

There is a huge tech tree available in the game, but there’s really no “best way” to approach it. The tree itself doesn’t branch out excessively, especially in the early stages of the game, so just do the research based on the resources you have on hand, mostly.

Go one step further and look at the requirements for each upgrade and try to prioritize your resource production to get there as soon as possible. That’s the only way to go!

Apart from the tech research, you also have he Spaceship (available in the lower right corner) that you can upgrade to unlock new features.

Its progress is also related to the resources you have on hand – and sometimes you will need to get to a new Era in order to be able to upgrade even more. Plus, the waiting times here are greater than with regular research, so don’t expect progress to be very fast.

But try to work constantly on the Spaceship upgrades (called repairs in the game) in order to get those bonuses too.

There are tons of Great People that you can get in the game, although it won’t be easy to have a lot of them if you’re a free to play player.

These Great People will help your Civilization tremendously, not only directly through the various bonuses that they offer, but also indirectly by contributing a lot of points to your civilization’s development levels.

In order to get more of these Great People, you will have to clone them first. Since whenever you Clone 10 times (as opposed to a single time) you have 100% chance of getting a Legendary as well – at least for your first set of 10 – you should always hoard Clone Licenses and wait until you have enough for the 10 draws.

The easiest way to do this is to take advantage of the Era Gifts from the store.

Finally, once you have a nice set of Great People, see which are the best in your inventory and use items to Genetic Modify them: in other words, level them up and make them better.

These would be our Tap Civilization tips for the moment. If you have additional advice, don’t hesitate to let us know by commenting below.

Also, if you want to read more about the game, you can check out this article where we share a list of all Eras in the game, as well as all the Hidden Achievements that you can unlock (and how to get them). 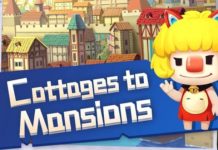