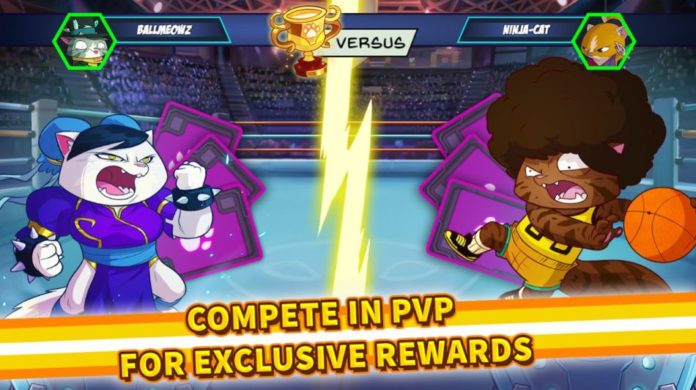 In our article today we are going to share with you how to build the perfect deck in Tap Cats: Epic Card Battle, so that you can too have a great deck of cards that you can use against all your enemies and take them down.

First of all, we will cover all of the basics, from explaining what cards are and how you use them, to how you can acquire more and how to properly form a deck for any situation.

The cards are basically what the game revolves around. There are several types of cards, which come in various rarities and each one of them has an individual skill. The cards each feature a cat, which can be either super good or… not as good.

Since all of the cards have a unique skill, you should be looking to add to your deck the cards which have a good synergy together by reading all of their skills to know what each one of them does.

The rarity of the cards is also a pretty important factor, since cards can have one of 4 rarities: Common (green), Rare (blue), Epic (purple) and Legendary (orange). The more rare a card is, the more skills it will have, it can be upgraded more and its stats will be way better.

The cards each belong to a Team, which has some special power that activates when you deploy four or more cat cards belonging to the same Team. Depending on the number of cats deployed, the Team Power can activate multiple bonuses.

All you need to do in order to upgrade a card is head on to the Edit Deck menu and tap on a card of your choice. Then you will see that there is an Upgrade option which will let you enhance that card. The more rare a card is, the more upgrades it can have.

In order to make the cards stronger, you can also opt to fuse the cards in order to get a better, upgraded version of that card. Once you reached the upgrade limit, fusing will be the way to upgrade further.

In order to fuse a card, you will need 2 identical cards (same cat, same level) and once you got that, you can tap on the “Fuse” button. This will let you make new upgrades and enhancements!

Once you have a few cards that you simply do not need any more, you can opt to retire them. When you retire some cards you will receive Tuna, which can be used for upgrading the other cards! The higher the rarity of a card, the more Tuna it will give you when you retire it.

If you retire a card which has been upgraded using Tuna, you will also get the Tuna that you invested into that card, as well as the Tuna from retiring the card.

Tap Cats: Epic Card Battle – What is the deck?

Any deck can only have a maximum of 10 active cards, so make sure that the ones that you pick are always the best ones and have a strong synergy.

Use the Filter to find the cards you want. You will collect quite a lot of cards eventually, and if you want to filter them out to only fit specific criteria, you can do that by tapping on the Filter button (in the middle of the screen) and there you can sort the cards to show you only certain ones.

The Hero is basically the main cat that will lead your deck to victory. This cat will appear on your card on the left side, whenever you are battling someone. To choose which Hero you want to represent your deck, head on to the Deck menu and then select the Hero tab.

There you will have a list of heroes, each having their own stats and reputation. You can improve them by playing the cards which belong to the Team that Hero is “supporting”. This should be your main criteria when you are choosing a hero, but it shouldn’t be the only one.

You can see what skills a hero will unlock when you tap on the Team reputation on the right side, after you selected any Hero. There you will see that the heroes will have increased skill level the more you upgrade them.

In order to gain more reputation with certain Teams, all you have to do is play with that team’s cards. That’s all! So if you have a few good cards that you like the Team skill of, make sure you pair them up with a Hero which also sports that skill!

The perfect deck should have a few things, so if you want to know what they should be, let me help you out a little!

– Every deck should have at least one Team bonus skill

This is important because it will only take 4 cards, and from the very beginning of the game you will be able to use this (because you will have the default cards that the game lets you start with, which happen to also unlock a bonus skill).

Make sure that no matter how you switch your deck around, you always have at least 1 Team bonus, because it will make a difference.

Either way, head on to the Deck -> Teams to check out all the skills of the teams, so you can know which one of them does what and make a better idea to where you want to be headed in the long run.

If you really want to make a good deck, you should try and experiment with the team combos. Try having multiple team powers activated, so you can benefit from even more bonuses.

I suggest that you try out various combos, and experiment to see which ones work best for you. I like quite a few, but I still haven’t managed to try out all of them, since the possibilities are just so many! The Forces of Nature with Mutant Mob seems a pretty nice combo in my opinion – try it out too!

In order to unlock multiple combos early on, since you can have 10 cards in any deck, try having 4 cards which belong to one Team, and 4 others which belong to another. This way it will be the easiest.

You can also go that extra mile and make the remaining 2 cards belong to any of the 2 Teams that you want to unlock the skills for!

– Test your decks in battle

Once you formed a deck that you are happy with, make sure that you go ahead and try it in battle. If it works well, you will be able to tell immediately. If it doesn’t – well, then you can find out where you can improve it and work towards making it better.

Of course, I wouldn’t personally upgrade the weaker cards just yet, but if you have a lot of Tuna, you can do it because you will not really lose anything if you retire that card / cat afterwards.

Just make sure that you upgrade the cards that you are going to use the most first, and also the cards which are better rarity than Common (I would go for the Epic / Legendary ones first).

Once you don’t want to use a card anymore, make sure you retire it so you can get all the Tuna back for upgrading the card (if you made any upgrades) and also get the Tuna for retiring it.

These would be all the things that you need to know in order to make the perfect card deck in Tap Cats: Epic Card Battle! Don’t forget to take a look at our game guide right here, so you can also learn more about how you can take on the enemies much easier and win your battles! 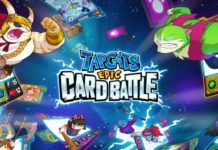