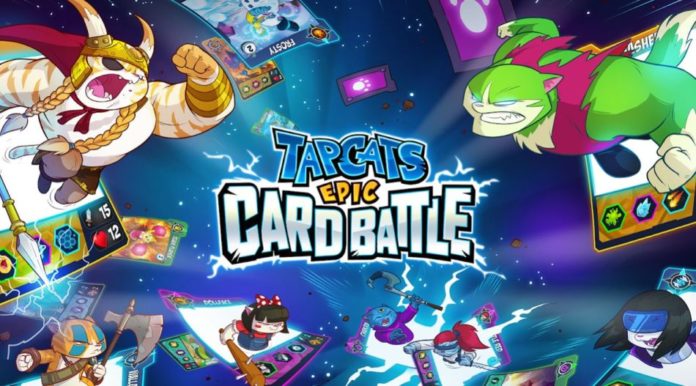 In today’s article we are going to cover all of the Tap Cats: Epic Card Battle tips and cheats so you will defeat all the opponents that come your way and get more powerful!

If you like card games but also fun looking cats and tons of strategies, then you are going to have quite a blast playing Tap Cats: Epic Card Battle. If you aren’t really familiar with card games, then I will help you get a better understanding of it and learn how to deal with all the situations.

So if you want to learn all of the Tap Cats: Epic Card Battle tips and tricks that we have up our sleeves, then let’s not waste another moment and dive right into them right here below!

One thing which you should focus on early on is learning your cards and how to deploy them. You should know how the game works, because you can only get more powerful and win the battles by learning the very basic stuff.

For example, you need to know that some of the cards have a cooldown timer before they attack. They do so for a reason, and that is basically a heads up that those cards are more powerful.

Learn more about your card and the enemy’s card by checking out their stats. Your and your enemy’s cards are on the left side of the screen. Check out the HP each has, because that will show you how much damage you can take, as well as how much your opponent can take!

Whenever you place a card (that doesn’t have a timer on it) down, it will attack the opponent’s main card, and reduce their life for as much as the card has damage (if it says 1, then it will do 1 damage). However, his card will attack only if there is no other card blocking its path, standing between it and the enemy.

So if an enemy places down an active card as well, your card will instead attack the enemy’s placed cards instead of the main card, until they are taken down. That’s a main reason why you should also have quite a shield of cards in front of you!

Check out the skills on the cards!

Every card will have its own skill, and the rarer that card is, the more powerful its skill will usually be. This can be checked by heading on to your deck and checking out all the cards that you have up there, by tapping on each one of them.

You will see that every card that has an icon underneath its photo has a skill. The cards that do not have a skill, will only use the normal attacks. Check out all your cards (the ones that you are actively using) and make sure you give them a good read, so that you will know what each of them do when you are fighting.

Set your fighting speed to Fast

Now this might be just a personal preference, but if you do not like waiting for all the animations while you are battling, you could benefit from it as well! Whenever you fight, you will see in the bottom right corner of the screen a button which will chance from Slow to Medium and then to Fast.

This will indicate the battle speed, and if you are not too keen on waiting out until the battle plays out on its own, then I suggest you switch it to “Fast” so everything will move much quicker.

Complete the in game missions

The game’s missions will make it look like pretty much a Marvel comic, but it is not quite coming close. Well, you can find the basic tasks when you go to the main interface and tap on the scroll in the bottom side of the screen.

There, you will see some brief lists of missions which you have completed or have yet to complete. Head on there, and tap on the “GO” button to send you exactly where you need to go in order to complete it.

I suggest that you do these for a while, because you will get quite a few good and useful rewards, and it’s your best approach if you want to unlock all of the game’s features.

Go ahead and play the stages

When you are playing the normal stages (or what the game classifies as “Mission” stages) you will be able to play the missions multiple times. I suggest that you check out the levels and take a look at how the stages are played out.

You might notice that every stage has 3 levels, and they are Bronze, Silver and Gold. For each one of them the rewards are better, but you will have to play through all of them if you want to collect all the rewards.

I really suggest that you try playing all of them, because you could easily not only get a ton of cards, but also experience and learn how the game plays out. You will also notice that each chapter will also have its own set of cards that are given out, but which could be also won!

If you want specific cards, buy their packs!

In the top side of the screen you will see that for every chapter that you complete you will have a new set of cards. This set will be unlocked only once you completed at least the first stage within that chapter.

You can find the “Team Pack” tab on top, and that will contain an Epic card along with other Common and Rare cards related to that chapter. One pack will give you one random card out of the ones that are in that pack, so if you are aiming for a particular Epic one, just keep on trying because eventually you will get it!

One Team Pack costs 15 Diamonds, so if you don’t really know where to invest them, here is a useful way for you to put your extra Diamonds to good use! But only if you need the specific cards! Take a look at the first, and then decide if it’s worth spending your hard earned Diamonds on random packs.

In the game you will see a crate in the bottom left corner of the screen. There, once you tap on it you will discover a tab which will definitely be coming in handy in the long run. I suggest that you take a look there at all the rewards.

For some of them you will need to watch a short ad in order to actually claim the rewards, but if you are not against spending 30 seconds for a cool reward, then I definitely suggest that you do it!

Also, if you are really not in the mood to play one particular day, I also suggest that you log in to the game for just a couple of minutes – only to claim these daily rewards, because at a later time when you will decide to play, they will definitely come in handy!

Check out your bag and fuse the fragments

Sometimes you will find in your bag quite a few useful stuff. Make sure you check it out once you complete the missions, because you might have some rewards there that you don’t even know about!

Also, while you are checking your Inventory, you will find that you might have a couple of Fragments. You will need 20 Fragments of the specific faction to fuse into a random card from the list shown, so make sure that once you notice you’ve collected 20, you try your luck!

You can receive these fragments from missions as mission rewards, or from daily rewards and in game events.

Do your daily quests or daily cativities, if you may

The daily “Cativities” as the game calls it, are your daily missions. When you tap on the scroll (in the bottom side of your screen) you will open a new window, where you will see on the top a couple of tabs.

Head on to the middle tab, and check out all the daily activities. These will give you some EXP and Gold, and they are definitely useful if you want to level up fast and save up Gold to acquire more cards. Make sure that if you play you go do these every day, because the tasks are not difficult and they will take little to no time!

This is something that you should really pay quite a lot of attention to, especially since you want to win, and since it is so important I have decided to dedicate an entire article where I will be explaining what is Team Power, how it works and so on.

Basically every cat belongs to a Team, and once you gathered enough cat cards belonging to that team, they will get some bonuses. But you should learn about this in more detail, so make sure you check back here because I will update you when I have perfected the article and post it here!

Match your deck cards with your heroes!

In the game there are also Heroes, or the equivalent of a card leader! You can choose the leader you want for your team by heading on to the Deck screen and then opening the Hero tab.

There, you will see all of your available heroes. Try checking them all out (or at least the ones available to you) and match them with your cards in order to increase their reputation and power.

In order to upgrade a Hero, you will have to play cards that belong to that hero’s team, so if you want to focus on a particular one, make sure you do this by checking them out beforehand to know who you are working with!

You can unlock more Heroes by playing in the Versus mode (the Versus battles) and you can upgrade them by using their hero Shards. Sometimes you might even be lucky and find them in the Shop!

Check out the Energy Exchange tab

This tab can be found in the bottom side of the screen, and if you want some free Energy you should definitely head on there. The Energy will stack up, so even if you have some excess, it will be there the next time that you log in and want to play.

I suggest that you watch a short advertisement to collect the Free Energy, because it will be useful sooner or later! You can do this up to 3 times a day. If you want more Energy you can also purchase it with Diamonds, but I really don’t think it will be worth it. Just stick to the one you get from watching the ads.

These would be all of our Tap Cats: Epic Card Battle tips and tricks that we have for you right now! Do you know some more useful tips and tricks about the game, and would like to share them with us? Leave a comment down below! 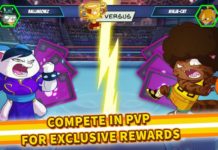