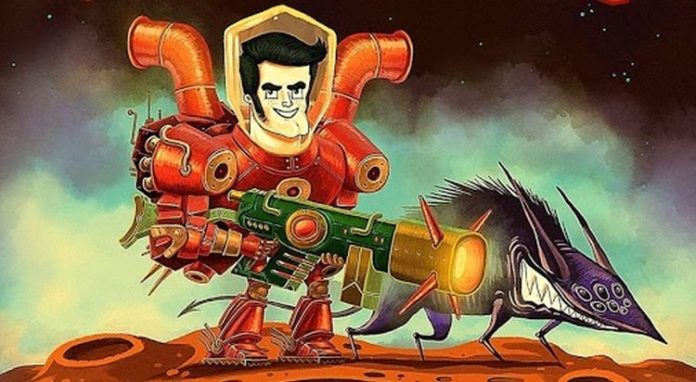 Tap Busters: Galaxy Heroes is a really fun idle clicker game for iOS and Android. You are put in the shoes of a super might hero fighting horrible monsters who have taken over the galaxy. You have to tap your way through different stages and defeat the monsters to the last one. This won’t be an easy job, but it will surely be a very fun one!

And we’re here to help by sharing a bunch of Tap Busters cheats and tips to unlock all weapons, armor and minions and basically get better at the game. So let’s not waste a single second! The galaxy needs saving, and we’re going to do it easily with out Tap Busters tips and cheats!

NOTE: This article has been updated to celebrate the worldwide release. Enjoy your Tap Busters: Galaxy Heroes tips and tricks below and let us know if you manage to find any extra stuff and fluff to share with fellow players!

Optimize gem usage & upgrade them
Gems are some of the most important items in the game. They can boost your weapons, armor or minions greatly, but some micromanagement has to be in place in order to get the most out of them. Fortunately, it’s not that difficult, so here is what you have to do:

You basically have to focus on upgrading 9 to as high levels as possible, since you can only have 3 slots and 3 places where you can equip them. The best part about these gems is that you can move them away freely, so if you reach a stage where a specific affinity gets a bonus, you can simply switch them over to that item. It’s that easy!

Your goal is to upgrade them as many times as possible: as soon as you have 3 gems of the same type, you can fuse them into one that gives even greater bonuses. Make sure you do so ASAP.

There are two colors of gems: Power Gems (purple) which are the more offensive ones, giving the better boosts in my opinion; and Special Gems (light blue) which are more defensive. My recommendation is to equip your best gems to items in this order: Weapon first (with massive focus on Damage), Armor and Minions later.

Know your weapons & all items
Under the right circumstances, a weapon with less base damage than another can be more useful and more destructive. There are areas that give you bonuses for certain affinities – and you can always see if you have items that are affected by this: simply check them out in the menu and if they are green, they are affected by a bonus.

The same goes for all the items – under the right circumstance, an usually weaker item can be better suited. So always keep an eye on your items and bonuses!

Also, all items can be leveled up. Each item unlocks a special bonus at certain levels (4, 8 and 12 respectively). Check out these bonuses, because some are labeled: Permanent. If that’s the case, this means that the bonus will be active even if the item is not equipped. This can greatly improve your stats, so always work on reaching the useful permanent upgrades even for weapons that you don’t normally use.

Always upgrade everything
Upgrades are extremely expensive in the game, but you have to do them. In Tap Busters, even the items that are not normally used should be upgraded because each upgrade gives you Skill Points which can be used to unlock various boosts.

The boosts are also spread through three categories, but I found that it’s usually a good idea to work on them one after another instead of focusing on maxing out a specific Skill first.

Arena is your friend
As soon as an arena stage is open, join it and focus all or most of your attention on it. The reason why you want to do that is because Arena rewards are really solid and you can earn a lot from there without being insanely active.

It seems that the Arena groups are decided based on the time of joining the arena, with smaller groups of players fighting for the top spot. And since competition is not that huge (like all active players-huge), then it’s really worth it to give it your best and grab some cool rewards.

Artifacts
Playing in the Arena is the easiest way to gain new artifacts and the currency required to level them up. Artifacts are quite random and you should wait to get a few solid ones before rushing to upgrade what you have: the more options you have, the better you can spend your hard earned currency.

How to make more coins
Some of the items in the game (like the Rugg Mugg minion) increase the amount of money you get from defeating monsters. In most cases, these are the items you should have equipped at most times because extra coins are insanely useful!

If you really need the extra damage or bonuses from other items, at least make sure that you activate them before logging out of the game in order to maximize the revenue when you are offline.

These would be our tips and tricks for Tap Busters – for now at least. Do you have extra suggestions for fellow players? Let us know by sharing your comments below.