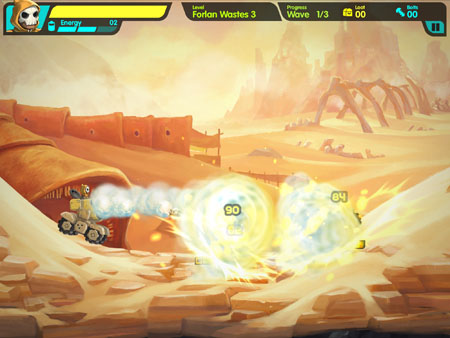 Despite sporting a cute, cartoonish look, the free to play game Tank Nation is not an easy game to master. This probably has to do with its free to play nature to force gamers to use in-app purchases to have an easier time.

Here at TTP we know how much some gamers hate to find the easy way out in their games and we’re here once again to give you a help.

In this Tank Nation Tips and Tricks guide we will cover some of the basic aspects of the game’s formula in order to overcome all its challenges without resorting to in-app purchases.

Time to get inside your tanks, folks, things are going to become heated soon.

As we said at the beginning of the guide, Tank Nation can be a difficult game. It’s pretty normal to lose many of the early battles. By powering up and upgrading you tank, things will definitely get better. In order to earn money quickly, you may want to start replaying the first stages once you are powerful enough to complete them quickly. All the unwanted equipment obtained can be sold for easy cash.

Upgrading your tank takes time so it’s better to start doing some heavy upgrading when you can’t do anything else. Meaning that it’s a good time to upgrade when you’re out of fuel. By doing this you’ll be able to enjoy the upgrades as soon as the fuel has been restored.

Playing the multiplayer mode and winning matches isn’t only to show the world how well you control your tank but also to get some decent amount of money. Just like for the first stages, you probably won’t be successful early on but things will improve as soon as your tank improves.

How your tanks performs is strictly tied to your equipment. Each piece comes with its own stats that can be upgraded with bolts. Just like for money, playing the early stages will help you in gathering the bolts needed to upgrade your favorite equipment pieces. Don’t be afraid to experiment a bit with different combinations, especially after you have unlocked extra tech slots. Customize your tank to suit your style and you’ll start winning matches and completing stages before you know it.

This is probably something that you’ll understand after a few matches but some newcomers might now catch on as quickly as other gamers do. Moving properly is sometimes even more important than shooting for a very simple reason: if you position yourself poorly, you’ll have a harder time aiming. While it’s true that some weapons can cover more range, it’s always better to get as close as possible to the enemy.

Tank Nation is now available for download on the App Store.