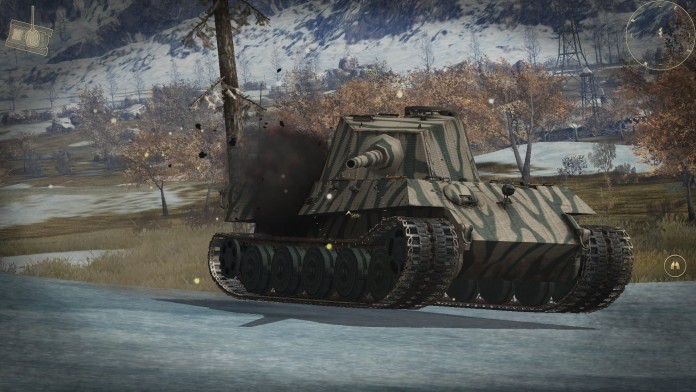 Now that 2013 is almost over, developers are getting ready to launch some new games next year. Among those launching a new game in early January is Atypical Games, the team behind Sky Gamblers, a really nice game now available on the App Store.

Battle Supremacy is the new game by the team, a tank battle game that will try to bring the engaging Sky Gamblers experience to the ground. In the air or on the ground, war is always serious business. And fun, if we’rew talking about video games.

Battle Supremacy will include a 12-mission campaign mode and a full online multiplayer mode that will allow gamers to compete to see who has the most powerful tank. Included in the multiplayer mode of the game are Team Deathmatch, King Of The Hill and Domination matches.

Battle Supremacy is going to be a really beautiful game, judging by the small teaser trailer that’s been published today. Not only the game is going to include some beautiful locations but also weather variations that will make the experience feel more realistic.

Realistic tanks will not be the only available vehicles of the game. Atypical Games has included jeeps, light armored vehicles, boats and more. Despite being mostly set on the ground, planes will also be avaialable for use.

Battle Supremacy will launch on the App Store for $4.99 on January 9th.