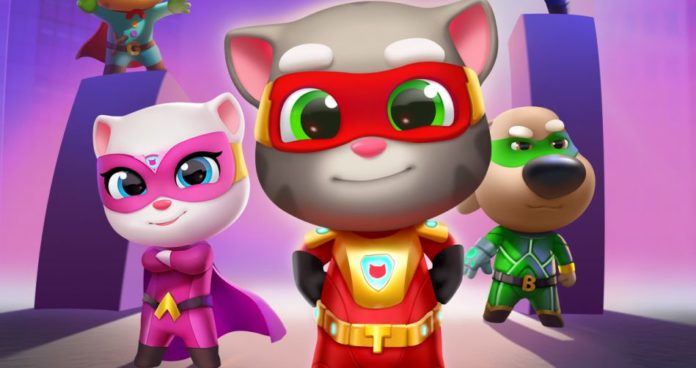 Good news for the millions of fans of Talking Tom games. Outfit7 has announced the upcoming launch of the latest entry in the hugely popular series, Talking Tom Hero Dash.

It’s a thrilling superhero-themed endless runner that takes you on a world-hopping adventure to rescue your friends and assemble the ultimate group of superheroes – the Talking Tom Heroes.

The Talking Tom and Friends franchise is one of the biggest in all of mobile gaming, with its games spanning multiple genres and featuring many now-iconic characters. And while the team at Outfit7 has already tackled the endless runner with Talking Tom Gold Run, its latest title – Talking Tom Hero Dash – kicks things up a notch by bestowing Talking Tom and his friends with awesome superpowers. 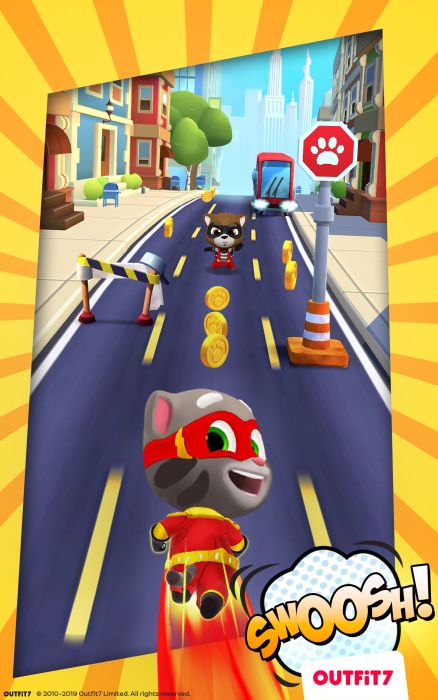 The story here centres on the superhero group known as Talking Tom Heroes. The team consists of five fan-favourite characters, including Talking Tom, Talking Angela, Talking Ben, Talking Hank, and Talking Ginger. A pack of villainous raccoons has been hard at work destroying iconic locales around the world, and most members of Tom’s team have been kidnapped and hidden away.

Therefore, starting out with just Tom, you’ll need to rebuild the five exciting worlds, then take on each level’s raccoon boss. The core 3-lane endless runner gameplay is greatly enhanced by the inclusion of awesome superpowers and gadgets. 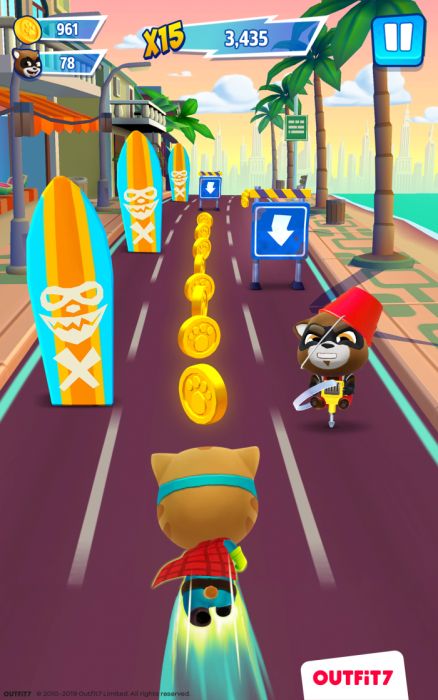 Collecting coins and taking down raccoons while running, jumping, and flying is a rewarding thrill, and all five playable characters feel different and unique to play.

Outfit7 has also put together an action-packed and fun animated series that gives us some backstory for the team and lets us see more of their thrilling adventures.

Preregistrations for Talking Tom Hero Dash will open on May 15! Stay tuned – we’ll share the link!