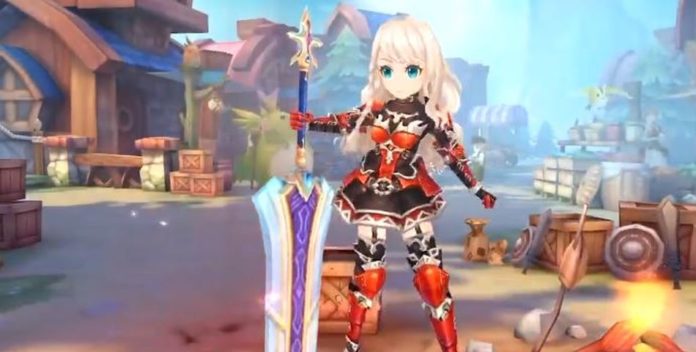 In today’s article we are going to tell you everything about the Tales of Wind Warrior class, and go in-depth detailing everything about its sub-classes. This class is a pretty well balanced one, able to both deal damage and take a hit, allowing it to be very new-players-friendly as well as amazing in the hands of more experienced players.

Are you eager to learn everything about the Warrior? Then in our Tales of Wind Warrior guide you will find everything that you want to know! 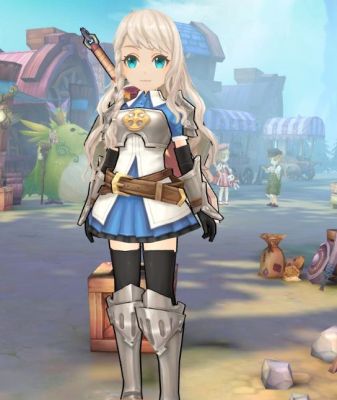 The Warrior is the foundation class, before choosing a promotion class. It is a class which will give you fairly equal damage and defense, as its main specializations are those. Since it is melee, it fights from a close range, so you will have to go head-in into the fight, no matter if you are dealing damage or protecting the team by tanking.

Because the Warrior is not yet promoted, its stats are still somewhat balanced between the two (damage and defense). You can build both damage and defense, but as you progress in the game you will have to make your choices depending on which class you choose to promote to (Paladin or Berserker).

– Bladestorm: Wields the greatsword into a storm of destructive force, dealing great damage to the enemies in range.

– Protection of Light: Light shines upon the caster, healing them and pulling the enemies towards the caster.

– Savage Jump: Leaps into the air and delivers a devastating strike on the enemies in range, stunning them afterwards.

As you can tell from the skills, the Warrior is somewhat amazing for beginners, being able to inflict crowd control and self sustain with the heal. This makes all the fights much easier, even if you don’t build a lot of defensive stats. The sword and shield wielded by the Warrior will both come in handy, and will be transferred later on to the Paladin once promoting to it.

As for the Berserker, the class will drop the shield sticking only to the greatsword and focusing mostly on the damage part and self sustain. 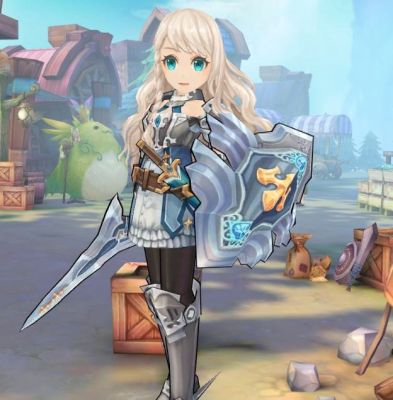 The Paladins are the foundation of any team, taking on all the weight of a fight on their shoulders. Being amazing tanks, they have very high defense while holding their holy shield and can take on pretty much anything, as long as they have a team behind to inflict the damage.

Since they don’t really do a ton of damage, they will do OK in single-player instances, even if they don’t kill super fast, but when in multiplayer instances, the whole team will rely on them to take on the aggro of the enemy and mitigate as much damage as possible.

– Holy Strike: Summons a beam of light that damages the enemies nearby and stunning them, while also granting the caster a sustained damage reduction effect.

– Enhanced Protection of Light: Light shines upon the caster, pulling the enemies nearby towards them, while also healing the caster and granting them a temporary invincibility buff.

– Savage Jump: Leaps into the air and delivers a devastating strike on the enemies in range, stunning them afterwards.

As you can see from these skills, the Paladin has some damage but not quite that much. It has mainly crowd control skills and damage reduction, which will prove super useful in every situation. 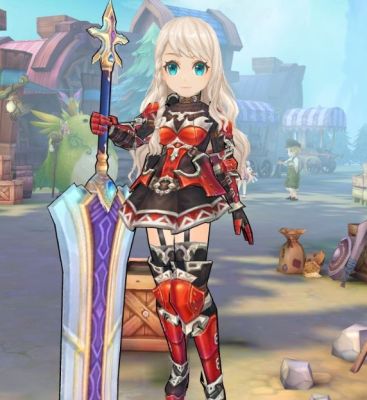 One of my favorite classes, it is extremely fun to play as the Berserker because they can do a ton of damage and, after dropping their holy shield (something the Paladin wields), they can focus on sheer damage and health.

The Berserker has plenty life steal which gives them very good sustain in battles, even when dealing with multiple enemies which can be quite powerful. They also have high defense because they originally are Warriors, so they can’t be squishy!

With the Berserker you can tank a little, but not as much as you could with the Paladin, because they are not built around that. However, depending on the situation, the Life Steal could be enough to sustain all of the damage you take, but most of the time in multiplayer instances you will find Paladins to take on the tanking burden.

– Sword Strike: Crushes the ground with the greatsword and causes a shockwave which damages the enemies within the target area. The caster is also significantly healed depending on the damage caused by Sword Strike.

– Enhanced Rage Burst: Deals damage to nearby enemies, significantly increasing the damage dealt by the caster, while also increasing their resistances to negative status.

– Bladestorm: Wields the greatsword into a storm of destructive force, dealing great damage to the enemies in range.

Overall, the Berserker is built around damage, with mild defense. The more damage you have and deal with Sword Strike, the more you heal. So especially when fighting multiple enemies, you will heal like crazy!