Live your life, even if it is a sin! Tales of Crestoria is an all-new Tales adventure built for mobile platforms. Namco Bandai has brought a whole new story built from the ground-up for mobile audiences as past games have been small spin-offs.

Unlike the main games, Tales of Crestoria uses a more traditional JRPG turn-based battle system that mixes both old and new combat mechanics.

In Touch Tap Play’s Tales of Crestoria tips and tricks guide, we will go over the basics of combat and how to progress through the main storyline, as well as keeping your team upgraded. Let’s get started with our Tales of Crestoria cheats, tips, and tricks strategy guide to start the adventure!

After you finish the tutorial, the game will generously give you a free SSR summon that lets you choose from a list of predetermined characters.

The characters at the top of the list are SSR, which is the highest rarity in the game. These characters all come with powerful mystic artes skills, so you should choose one of them.

If you scroll down the list you will also see tons of different characters that span across the entire Tales franchise, and there are a lot of fan favorites here even though they are only SR rarity, which means they do not quite have their mystic artes yet.

Ultimately the choice is yours, but if you want an easier time starting out we recommend picking one of the SSR characters.

Tales of Crestoria is structured very closely to your typical Japanese gacha RPG, meaning that the game will introduce you slowly into the mechanics and then open up as you progress further in the main story.

With that said, you should try to get through the story mode at your earliest convenience. At the very least, try to beat stage 10 of chapter 1 as this will unlock the power-up and gald quests, two important quest categories that you will need to power up your allies.

Once you get closer to chapter 2, the enemies will begin to jump in difficulty and you will need to start manually powering up your allies in order to stand a chance.

Tales of Crestoria uses a rather standard turn-based combat system. When it is your turn, your party members can attack in an order of your choosing, and when they are finished it becomes the enemy’s turn.

While this sounds simple on paper, the game will introduce more options to combat leading to a nuanced approach. You can auto play your way through a good chunk of the story mode, but for some of the tougher stages you will need to start manually fighting.

Here, we will go over the most important things to keep in mind when fighting to maximize your combat efficiency!

The main mechanic that governs the complexity of the combat system is the hit count mechanic. When it is your turn, all of your allies’ attacks are counted at the top right corner of the screen.

The more hits your allies land, the higher the count will be. Every ten hits on the hit counter will increase your party’s damage by 10% for the remainder of your turn, so careful selection of turn order can turn strong hits into overwhelmingly powerful hits!

One example of this is say one of your allies has their mystic arte ready – instead of letting it rip right off the bat, use your other three allies to build up the hit counter for the damage boost, then use the mystic arte at the end of your turn to boost the power of the mystic arte for big damage!

When building your party, make sure you take a look at their artes. If you bring along allies that have multi-hitting artes, it will be easier to take advantage of the hit count damage bonus.

Of course, you cannot actually use a mystic arte unless an ally’s overlimit gauge is full. The overlimit gauge fills up whenever that ally attacks, attacks with the elemental advantage, land a critical hit, take down an enemy, or break a boss enemy.

In the early stages of the game, you will probably only have one ally that possesses a mystic arte. Make sure to let them get the last hits on enemies to fill up their overlimit gauge faster so you can utilize mystic artes more often.

We cannot forget about elements. All of your allies have an element attached to them, and this governs what they are most effective against.

Fire beats earth, earth beats wind, wind beats water, and water beats fire. Light and dark beat each other out. Non-elemental allies and monsters have no strengths of weaknesses.

Before you start a stage, you will see the recommended element on the info panel. Try to build your party around this element and you will have an easier time.

As you learned in the tutorial fight against the beast of the woods, certain powerful enemies have break meter that deplete when attacked. When a certain number of turns have passed at the break meter has not been emptied, the enemy will unleash a powerful attack.

Avoiding these moves is important, but what is more important is the chance for a big reversal. Hit the enemy with your strongest moves to deplete the break meter faster, and when they are broken the enemy is stunned and their move is canceled.

The next attacks will also automatically be critical hits, so if you have the elemental advantage plus a hit counter buffed mystic arte ready to go, expect some huge damage!

Memoria Stones are crystallized memories of past heroes. You can equip one to an ally to boost their stats and grant them helpful passive skills and boosted stats. The stones, just like allies, have elements attached to them and when you match the elements, the character will receive a stat boost.

Using auto-select is a good idea here, as the game will automatically assign the biggest stat boosts to your characters.

You can also set stones as “sub stones,” which apply the bonus to the entire party. It is important to note here that Memoria Stones also have types in addition to their element, and this can be utilized in more boosted stats.

If you have two or more Memoria Stones that share the same type set to sub stones, they will grant a stat boost to the party. The stat boosts is determined by the stone type, and the more matching stones you have the greater the boost.

Memoria Stones can be enhanced with refining stones to increase the stats on them, and you can also use old Memoria Stones that you no longer use. You can also ascend them if you have a copy of the stone, which will increase its level cap and improve the memoria skill.

Each one of your allies can be improved in one of three ways: training, ascension, and awakening.

Training is done by elixirs. Elemental elixirs can be found in the power-up quests and in the main story stages. Elixirs can be given to characters themselves to level them up on the spot and improve their base HP, attack, and defense. If you use an elixir that matches the character, they will gain more experience points.

Artes can also be trained, but they must be done with arte tomes. These are harder to come by as they are mostly found as drops in raid battles. Like the elixirs, they have elements and will provide more experience if you match the arte and the character’s element.

Ascension can be done to break the character’s level cap and improve their stats. To ascend, each character needs a specific set of random drops like monster parts and ores. You can tap on each item to see exactly where they drop from if you intend to farm.

If you fully ascend with a character, they will gain access to the ascension board, a board full of nodes that provide stat boosts when activated.

The final method of powering up is awakening. Awakening can occur if you have a character’s specific Memoria Stone that goes with them. To awaken, you must sacrifice the Memoria Stone. Awakening grants massive stat boosts and strengthens the character’s mystic arte.

A character can be awakened five times. When they are fully awakened, they will unlock a powerful awakened skill that usually grants a bonus to the entire party, or to all heroes of a certain element.

You have probably noticed by now that if you want to power up your favorite SSR heroes, you are going to have to get VERY lucky, as you will need several dupes of the same kind of high rarity Memoria Stones.

The game will give you free summon tickets as you progress through the main story and for completing certain challenges. Otherwise, you will need to stick to using gleamstone, the game’s premium currency.

That’s all for our guide on Tales of Crestoria. If you have any other tips or tricks to share, let us know in the comments below! 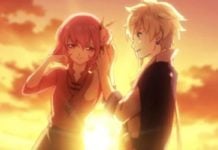 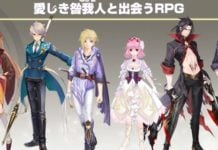 JRPG Tales of Crestoria Announced For The West