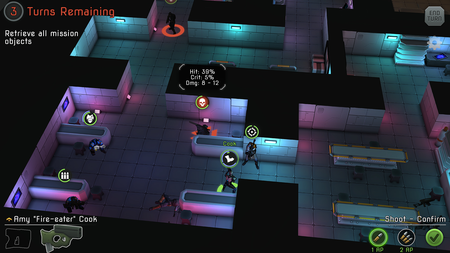 A new turn based tactical role playing game has been announced today for iOS devices.

The new game is called Shadow Corps and it’s currently under development by Brimstone Interactive, a new mobile studio made up of people who have worked in other mobile games studios such as Supercell and others.

Shadow Corps is going to be a turn based tactical role playing game where players will be traveling the galaxy, fight a variety of enemies, recruit and train troops, upgrade their equipment and more. Players will also have the ability to upgrade their spaceship.

Combat isn’t the only gameplay feature of Shadow Corps, as the team confirmed that players will be able to discover some ancient alien artifacts during the course of the game. How they will actually be able to do so has yet to be detailed.