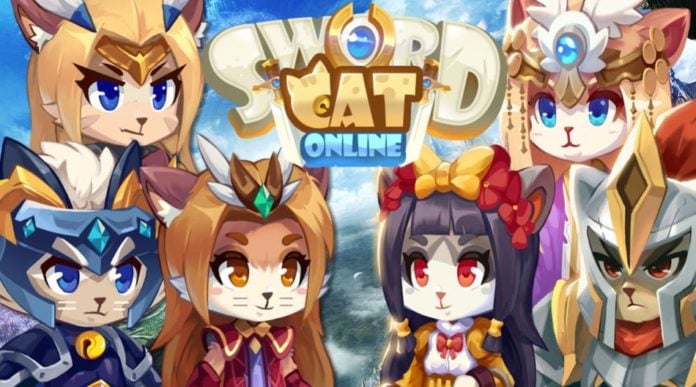 In today’s article we are going to tell you everything you need to know about the game Sword Cat Online and share with you all of the Sword Cat Online tips and cheats that we gathered so far, to help you become stronger!

This game, as much as it sounds like Sword Art Online, is actually quite different than that! It will have cats as actual characters, and you will be running around completing various quests and defeating all sorts of monsters.

So, if you are ready to learn all of our Sword Cat Online tips and tricks, then let’s not waste another second and dive right into them!

One of the very first things you should be doing early on is follow the quest line. The game will tell you step by step what you should do, and until you can unlock more functions (because you unlock them as you level up and complete tasks) you should just follow the directions it gives you.

Soon you will unlock multiple new features, such as summons and more, and you will have plenty of things to do then – but if you want to know if there is something that can help you cheat your way through the early stages, unfortunately there isn’t. Just follow the quests until you unlock all of the functions – or at least Summon!

The bosses will have some pretty powerful attacks later on, and you should definitely try to avoid them! In the early game you won’t notice much of it, because they are still weak, but you should make this a habit because higher level monsters will deal a ton of damage.

The incoming enemy attacks will be marked with red ground, and you should try to avoid it at all costs. To avoid it, you can tap and swipe left or right to move your squad away from the attack, and into a safe area.

Auto battle or not – your choice

After progressing a little in the game, you will unlock the auto battle function. This will let your heroes automatically battle in your place, and also use the skills automatically. The function is in the upper side of the screen, and when it’s not activated it looks like a hand icon. When it’s activated, it looks like a computer icon.

You can use this to auto complete the battles automatically, but the game will not dodge the incoming boss attacks, so if you are fighting in pretty difficult stages, it’s better to just do it manually in my opinion.

Either way, it’s all up to you and in the early game it should be a breeze using auto battle since no enemies are extremely difficult.

Next to your selected team leader at the beginning (you can choose between two – a warrior male kitten and a mage female kitten) you can have two more heroes at the start, fighting alongside you.

The more you level up, the more hero companion slots you will unlock, so make sure you try to level up as much as possible. One other thing I suggest you do, is use your Standard Recruit Coupons to get heroes!

Here is how you can summon more heroes:

– After you unlock summoning (“Summon” button at the top of the screen), you can do 1 summon for free every 24 hours! Make sure you take advantage of this and do it every new day!

I suggest that you save up the Gems to do 10 summons, since it’s definitely going to be worth it (and you will get a guaranteed SSR or better hero).

– You can also use the Standard Recruit Coupons you get from collecting quest rewards to summon here, by summoning 1 by 1 the heroes.

Basically every 10 summons you do, you will receive a SSR or better hero, so make sure you do as many as you can every time they are available!

Like we said, at start you’ll only have 3 hero slots (together with your selected starter one), so make sure you equip your best ones! To change your team roster, when you are in the interface before a fight simply tap on the “Team” button and you will be able to select the best heroes.

You will have 5 slots total, the very first one being always occupied by your leader (starter character), the second and third ones will be available from the beginning, the fourth one will be unlocked at level 30, and last one at level 40.

Equip the heroes which have the highest power, and make sure you always have them leveled up (more details about this below)!

Level up your heroes!

You can level up your companions by simply opening the “Hero” tab and pressing on the little icon next to their EXP bar. This will open a new window which will allow you to give them some EXP potions to level up instantly!

I suggest that you save up the L and XL potions for when you will get a new SSR or even SSSR hero, because they will definitely come in handy.

One thing you need to know however, is that the heroes’ maximum level can be your character’s level! So the more you level up, the higher level your hero squad members can be too! Whenever you level up your char, come back here and upgrade your heroes too! This way you will never have issues defeating any monsters.

Your character can change their look, so they won’t be so basic! To do this, open the “Leader” menu in the bottom side of the screen, then head on to “Fashion” and there you will see 4 tabs: Head, Body, Weapon and Wing.

You can try out all the different fashions without buying them, by tapping on them and then pressing “Try On”. If you want to change your character’s look and spend some Gems, you can do so here – but make sure you do this only after you’re certain you don’t need the Gems, because the costumes definitely are good, but cost a lot!

Also, read the stats they give well, because they differ from costume to costume, so if you need a certain stat more than other – buy the right fashion! For example, while the Weapon fashion gives ATK, the body gives mainly HP. Read the stats carefully and decide what you want to go for first!

Complete quests for EXP and rewards

The quests in game can be found under the “Quests” tab in the bottom side of the screen. There you will have both daily quests and normal quests (Main quests and Side quests), and once you have read through them, you can go ahead and decide what you want to do next!

The Main Quests will progress through the stages and unlock various features, as well as give you the full game storyline – with EXP and loot, so it’s very good. The Side Quests can be found under the Main Quests, in the “Other Tasks” section. These can vary, and can be super easy or a little difficult to complete.

They will reward you with plenty of things – from summoning tickets to Gems and more. Make sure you read them and whenever you have completed some, come back and claim the rewards!

The Daily Quests are a little more time consuming, as there are quite a few of them and the tasks vary! However, the rewards you get from them are super good – insane EXP and loot, so make sure you try to complete all of them every day, because they reset at midnight!

These would be all of our Sword Cat Online tips and tricks that we have for you right now! Do you know some more useful game tips that you would like to share with other players? Leave a comment down below!