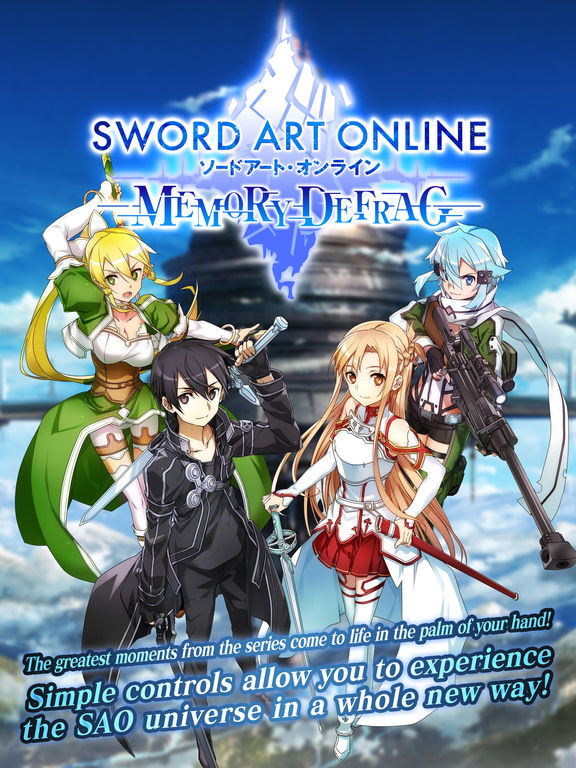 Memory Defrag is a fun hack’n’slash RPG that still relies on precise timing and skill. Endless tapping won’t help you here, as you’ll need to learn how to read your enemies and react! Let’s get started with some combat tips in our Sword Art Online: Memory Defrag tips and tricks guide.

Parrying is probably the most important technique you can master. When you’re battling through the early levels, take the time to practice parrying. Don’t attack the monsters head on – instead, play defensively and wait for them to make the first move. Remember to watch for “tells”! Each monster will move their body in a unique way to show that they’re about to attack. If that’s not enough their eyes will also glow red the moment before they strike. Be careful though! Some monsters have pauses inbetween their animations, and some even have multiple glows. For example one of the Chapter 2 bosses will have their eyes glow twice before they actually attack, so make sure to stay alert! Boss attacks that are colored purple cannot be parried, so be careful.

Keep in mind that switch skills are the most effective way to use skills. You can use them normally but if you parry and switch into one, they’ll do a ton of damage. This is why parrying is so important because it can lead to opportunities for some big damage!

Don’t forget about your other movement options during fights! Most boss attacks are indicated by red rectangles on the ground. You can use forward and backward dashes to get out of the way quickly, and you can also jump by flicking upwards. Jumping is a great way to avoid most attacks because it’ll leave you right in front of the enemy.

Blocking is great too if you don’t think you’ll be able to get out of the way in time. When you block, you’ll see a pink gauge appear over your head. Every time you block an attack this gauge will decrease and if it empties out, your guard will break and you’ll be left dizzy for a moment! Don’t let this happen!

As one would expect from an RPG, elemental affinities are here in full force. Fire beats wind, wind beats earth, earth beats water, water beats fire. Holy and dark beat each other out. If you need a little more oomph in your attacks, trying taking advantage of your enemies’ weaknesses!

4. Try out the event quests!

Sword Art Online: Memory Defrag is still a relatively new game, but there are some event quests happening right now that may be worth your while. The first one, Kirito’s Character Introduction Quest might be a bit too tough for new players to tackle. The second one, Return of the Beast Lord is a bit more doable. The enemy level is only 15 early on, so a couple quests into the main quests should get you up around there.

Every time you complete a quest in this event line, you’ll earn EP or event points. The higher event points you have, the more goodies you’ll get at the end of the event. We recommend shooting for around 1000 EP, as you’ll get the Mithril Sabre R2, Anneal Rapier R2 and the Coat of Midnight R2, all of which are great gear options.

That’s all for Sword Art Online: Memory Defrag. If you have any other tips or tricks to share, let us know in the comments below!