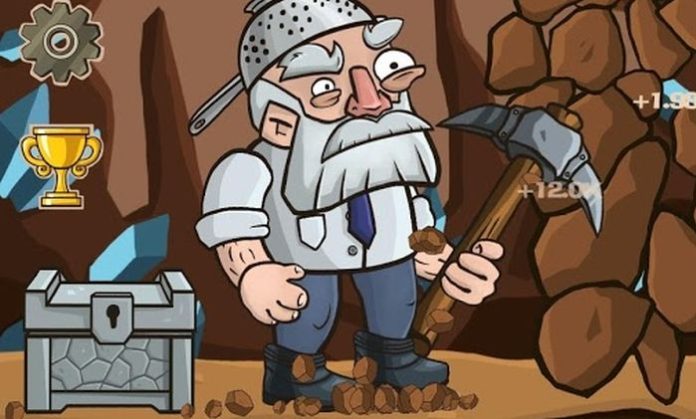 Swipecraft – Idle Mining Game is a really fun idle game with swiping mechanics that puts you into the shoes of a grumpy old man who keeps mining ore for riches. Deceptively simple in concept but with more depth than it first meets the eye, Swipecraft is a real challenge.

And we’re here to make sure you that ace it by sharing some Swipecraft cheats and tips in our complete strategy guide below. There are some nice tricks that you can use to go through the mines faster, unlock more workers and have more fun, overall, in the game.

So let’s not waste a single second and let’s check out below some Swipecraft tips and tricks!

Swipe to 200%
I prefer the games that let us tap the screen instead of swipe over, but the name of this games tells you clearly that’s not a luxury you’re getting here. Even so, you should swipe the screen over and over again until your muscles ache and get that bonus to 200%

Not only that you will mine a lot faster – which doesn’t really matter – but if you manage to get to 200% for three times in a row, you unlock Garry’s rage mode, meaning that he will automatically dig by himself for 2 minutes. That’s long enough to get a well-deserved rest!

Get new Workers
Getting some workers and upgrading them is extremely important because they generate income when you are offline and mine slowly when you are online. Depending on the mine you get to, you can also upgrade them further so overall they are pretty important.

Don’t focus your attention there, though, at least not early on. As soon as you have Grandma unlocked and Dwarf upgraded to level 10, there are better places to put your resources in. At least for a while.

Craft, don’t sell
Crafting is one of those places. You can spend resources gained through mining in order to craft and buy various items that have various effects over the game. You should always get them and do it often because the bonuses offered are extremely useful, from extra damage to more coins and more space in your chest.

Be smart when selling resources
Finding the best balance between crafting and selling resources in order to upgrade your workers is extremely important. You have to do both in the end, but with a focus on the former instead of the latter.

But when you’re planning to sell your resources, you should be smart about it. Don’t rush to sell them just because you have them. Instead, wait for your chest to fill up before getting to a new mine and when you get the chance to switch, choose one that gives you more money for either of the resources you have. This way, you make more money and can quickly get back to hoarding resources for crafting.

Even more, you can watch ads to get a better mine – make sure you do so if it helps you in the long run!

In most cases, you will have to watch a video ad in order to get that boost, but it’s totally worth. Just make sure that you don’t tap the spider if you’re about to complete a mine because the bonus you get doesn’t carry over so it’s a waste of time to do it.

These are our tips and tricks for Swipecraft, at least for now. If you have other suggestions for fellow players, don’t hesitate to let us know by sharing your comments in the comment section below.