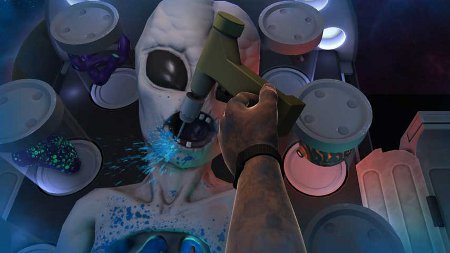 The wacky simulator game Surgeon Simulator is going to receive a new update soon, which is going to include some even more over the top features.

Following the release of the upcoming DLC, which is going to be free for all, you will finally be able to open up an alien. Which is a welcome change of pace, considering how many boring human bodies you have to open during the course of the game.

Surgeon Simulator allows gamers to become surgeons and perform delicate operations on the only poor patient of the game, who seems to be afflicted with so many problems that one wonders how he manages to stay alive. His above avarage resistance is becomes even more obvious when you make some mistakes during each operations, with chunks of flesh getting cut by mistake and other horrible happenings that you definitely wouldn’t like if you were the patient.

The iPad version of the game comes with some new features not seen in the original release like touch screen controls, which should improve the gameplay experience considerably, two new surgeries and the ability to record your operations. Letting the world know what a bad surgeon you are is only another way to save lives: patients all over the world will avoid submitting to your not so capable hands.

Surgeon Simulator is now available for purchase on the App Store. The new DLC has yet to receive a final release date.