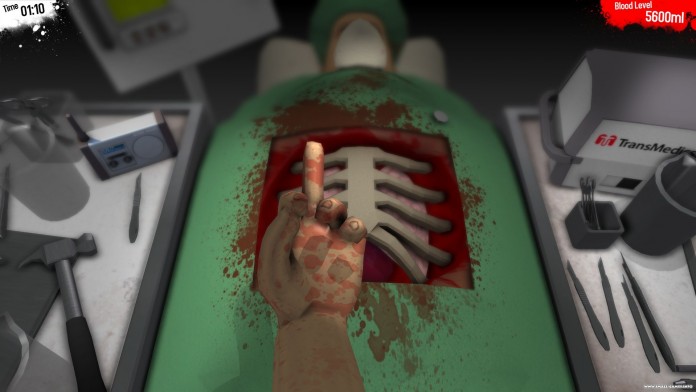 If you have always wanted to be a surgeon but never had the will to study to become one, you’ll be happy to know that the hilarious simulation game Surgeon Simulator is going to be released at midnight on the App Store in all regions.

Surgeon Simulator allows gamers to become surgeons and perform delicate operations on the only poor patient of the game, who seems to be afflicted with so many problems that one wonders how he manages to stay alive. His above avarage resistance is becomes even more obvious when you make some mistakes during each operations, with chunks of flesh getting cut by mistakes and other horrible happenings that you definitely wouldn’t like if you were the patient.

The iPad version of the game comes with some new features not seen in the original release like touch screen controls, which should improve the gameplay experience considerably, two new surgeries and the ability to record your operations. Letting the world know what a bad surgeon you are is only another way to save lives: patients all over the world will avoid submitting to your not so capable hands.

Surgeon Simulator will launch at midnight on the App Store. The game will cost $6.99.