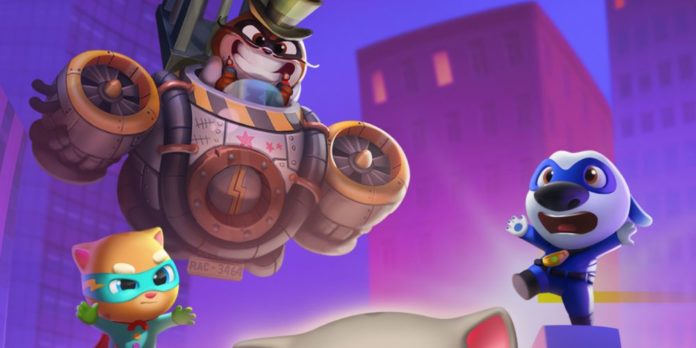 iOS and Android players can now pre-register for the brand new, action-packed endless runner, Talking Tom Hero Dash – the latest addition to the Talking Tom and Friends universe, which comes with a never-before-seen superhero twist.

After being bestowed with superhero powers by their mysterious mentor, Talking Tom and his friends are tasked with putting a stop to the villainous pack of raccoons that are running amok around the world, defacing priceless artifacts and causing general havoc wherever they go.

Whilst in hot pursuit of the raccoons, you’ll travel to 5 stunning locations, including a Rio de Janeiro-inspired tropical paradise, an ancient Egyptian-style desert, and an exciting metropolis like New York City.

In each location, you’ll need to rescue one of Tom’s friends that are being held captive, first by undoing all the damage that the villainous raccoons have caused, and then finally by taking down that location’s boss raccoon.

Once rescued, your friend will also be unlocked as a playable character for the rest of the game. There are 4 friends to rescue in total: Talking Angela, Talking Hank, Talking Ginger, and Talking Ben, all of whom, like Tom, have their own special costumes and powers.

And as a special reward, if 3 million players pre-register to help Tom and his friends save the world, Outfit7 will gift everyone the limited edition Titanium Force outfit to help them defeat the raccoons! To help the heroes on their mission, head over to the official Talking Tom Hero Dash site and pre-register right now!

And if you’d like to immerse yourself even more in this awesome superhero universe, then be sure to check out Outfit7’s cool new animated series, Talking Tom Heroes. 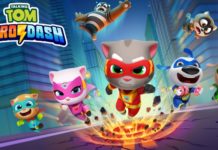 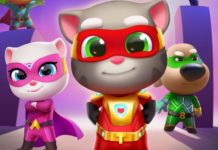