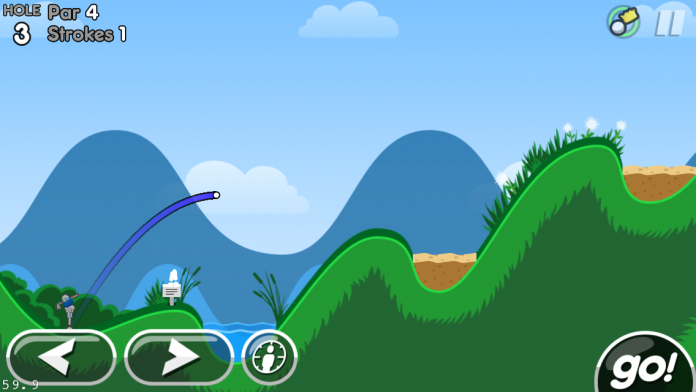 A really big update is going to be released tomorrow for Super Stickman Golf 2, one of the most interesting games now available on iOS. And by big, we really mean it, as a lot of new features will be introduced by the update.

The first new additions are a turn based chat and the ability to wager Gold Blux on turn-based multiplayer games. As if all this wasn’t enough, there will also be three new courses included in the update.

Two of the three new courses are fairly standard course which don’t really change the game mechanics too much. The third one, however, will surely challenge your knowledge of the game as it’s set in Space. Space Land doesn’t feature the physics of the rest of the game but a zero gravity ones that change how the game is played completely. Now that’s something interesting.

The new update is also going to include a few new items, the ability to change your multiplayer name and another cosmetic feature, called “Call Trials”.

If you have yet to purchase the game, you will be happy to know that it will be free for a limited time following the update. The game usually costs $2.99.

Super Stickman Golf 2 is now available on the App Store. The update will be launched tomorrow for all regions. If you want to learn more about the contents, you can check out the Noodlecake blog for all the details on it.