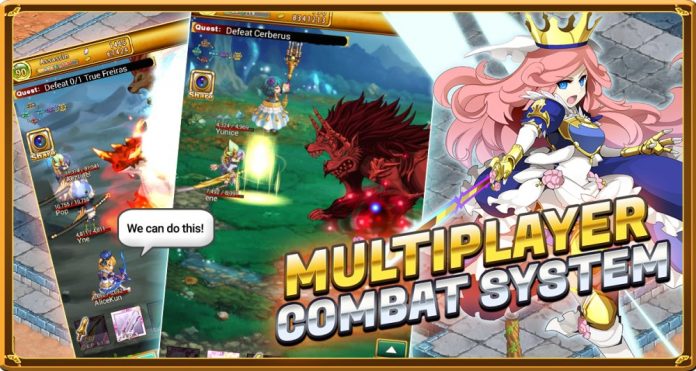 You might have not heard about Logres: Japanese RPG so far and you have a solid reason for that. The game is currently released in Asian countries only, where it’s enjoying a great spell of success. Therefore, their developers have decided to bring it to Western markets and are planning a soft launch of Logres this April.

Logres is an anime-style MMORPG with turn based battles and a lot of awesomeness when it comes to its visual style. s. Infinite equipment combinations, character customization, and multiple jobs let you create an avatar and playstyle that’s unique to
you. Its real-time coop quests and auto party system lets you fight with your friends in legendary encounters and save a world from chaos.

From what I’ve seen so far, this is indeed a high quality game and I am sure that many people will love to give it a try. Many will get the chance to do so as Logres: Japanese RPG goes into a soft launch phase in April in multiple countries: United
States, Canada, Australia, United Kingdom, and New Zealand.

You can already pre-register on the game’s official website and if you do so, you’ll get a bunch of extra rewards in return. The game will be available exclusively on Android, although I really hope that its developer are planning the launch of an iOS version soon.

But having in mind that Logres has been downloaded in Japan-only by over 8 million gamers, they probably have other things to do that working on an iOS port. But one can always hope, right? Until then, make sure that you update your Android device and prepare for this upcoming MMORPG. By all means, it seems that we’ll all love it!