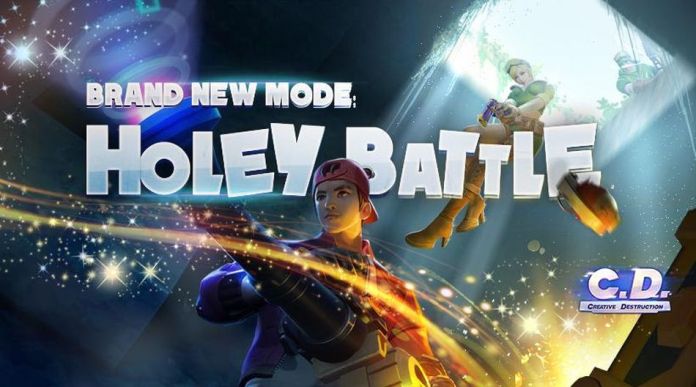 Why limit yourself above the ground, when there is a whole new world to explore (and destroy) underground? From Titan Studios, the developer of the hit mobile sandbox survival game Creative Destruction, comes now a brand new limited game mode: Holey Battle.

This innovative game mode allows players to go above and beyond and surpass their imaginations on what is and isn’t possible. You can now excavate your way to the underground in search for treasures, a feature that has never before seen in battle royale mobile games!

Since everything is destructible in Creative Destruction, a wealth of building elements awaits you beneath the surface. To guide the players to the underground treasures, there will be beams of light radiating through the surface of the map. Players who dig into the depths will gain a special ability allowing them to return to the surface. 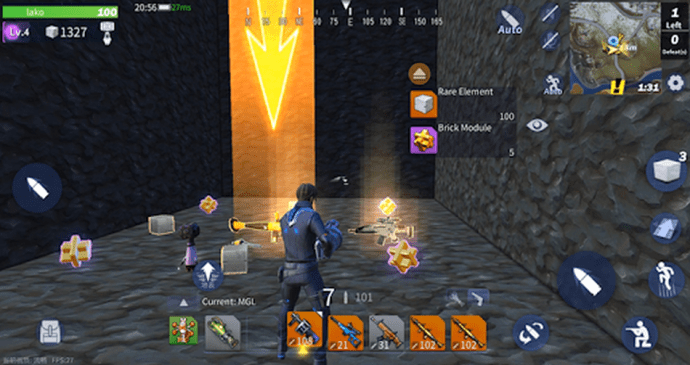 Of course, the game isn’t all about going underground. The player chooses their own way, be it constructing structures  and wacky weapons above ground or embarking on a subterranean treasure hunt and building their own path into the depths.

In this game mode, there has also been introduced the C.D. Fortune Strike campaign where a secret destructor named Lava Hammer will appear in the underground of each match. The lucky players who find it will benefit from a decreased chance of getting shot by other players. They will also be eligible for the C.D. Fortunaire.

Each CD Fortunaire will get awesome rewards, and you can check out the entire list of goodies below: 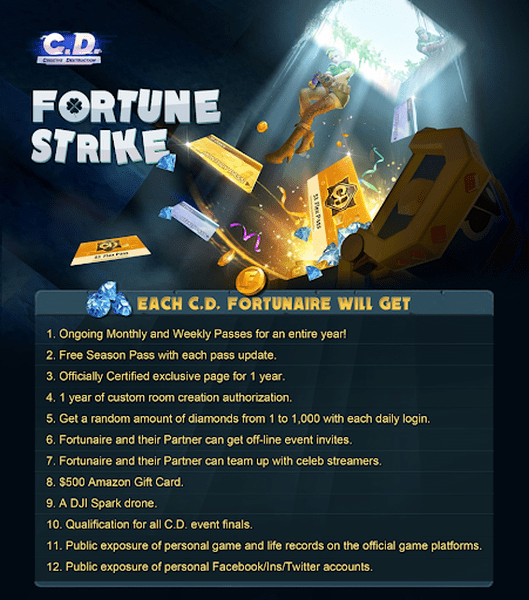 The C.D. Fortune Strike Campaign will kick off November 3rd with the C.D. Twitch Fortune Night where a collection of streamers will be going live to get in on the action. They’ll battle and craft it out to find the Lava Hammer and become the true C.D. – so if you want to do some watching first before playing, mark that date in your calendars!