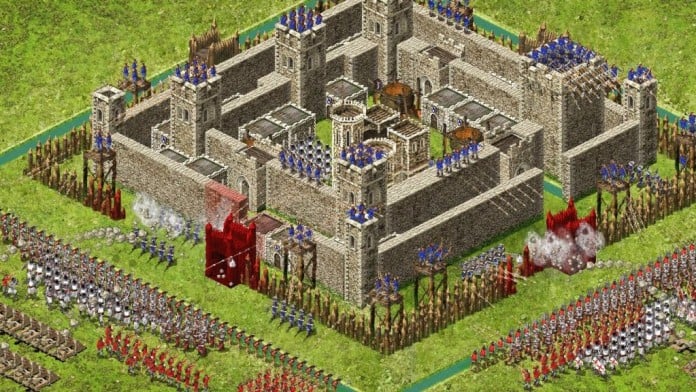 Firefly Studios, the indie developers behind one of the most popular medieval-themed castle building series has announced that they’re planning to bring a Stronghold title to iOS-powered devices soon. Titled Stronghold Kingdoms, the game is already available on PC and Mac, this is a truly unique type of MMO and we are sure that bringing it to the mobile world is the right thing to do.

A truly unique type of game for the iPhone and iPad, Stronghold Kingdoms brings massive persistent game worlds and the ability for player to conquer entire nations. A large tech tree allows for player specialization – so you can become the land’s best farmer, trader or diplomat if you don’t want to follow the warring path – but where would the fun be if you did?

The best part of the Stronghold series, and something that you’ll get to do in Kingdoms too, is the fact that you can actually build your own Stronghold as you see fit and attack other players’ castles in real time. And since the game already has some four million players building castles and establishing their Houses, you will have a ton of fun. Guaranteed, as you can see in the announcement trailer below:

Unfortunately, no release date has been announced, but we expect the game to launch soon. Or, better said, we want this game as soon as possible!