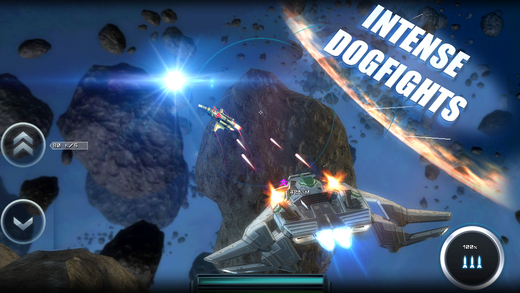 Strike Wing: Raptor Rising, the space dogfighting game developed by Dream Builder Studios published a while back on the App Store, has recently received a new update which introduces several new features. The release of the update is definitely a welcome surprise, considering the game has been released back in 2013 and not much new content has been added to the game since then.

The new Strike Wing: Raptor Rising update also comes with a variety of improvements that vastly improve the experience such as a new interface, new HUD, Game Center leaderbiards and achievements and several other gameplay tweaks. If you have liked the original release, there’s a good chance you will love Strike Wing: Raptor Rising Episode 2 even more. You can learn more about the update’s additions by checking out the trailer at the end of this post.

Strike Wing: Raptor Rising is now available for purchase on the App Store for the price of $0.99. The new update is also available for download right now.