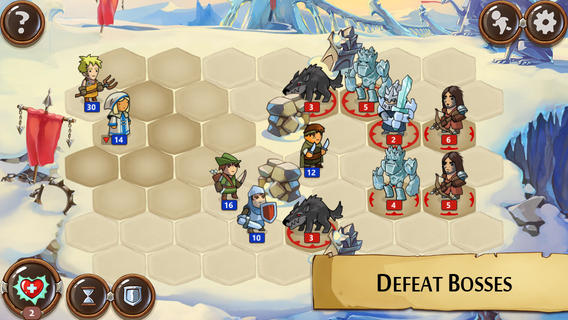 As a long time gamer, it still seems unreal that long and involving games like role playing games are available on mobile and portable devices. It actually makes more sense playing them on these devices, as gamers may not have the time to sit in front of their PCs and consoles for hours upon hours powering up their characters and saving the world again and again.

The latest strategy role playing game released on the App Store is definitely not as epic as many others, but it’s still an interesting game that manages to catch the attention of gamers with its colorful graphical style.

Braveland is a game that’s been inspired by older games. The influence certainly shows in the beautiful cartoonish graphics and gameplay experience. As already stated, the game’s premise is different from many other games currently available. Bandits have been ravaging your village and you will find yourself traveling all over the world with other peasants to seek vengeance and recover what has been taken from the village.

The game’s story is definitely not Braveland’s strongest elements, but it gets the job done. The real meat of the game is its turn based battle system, which is played on an hexagonal grid and that requires a good amount of strategizing in order to emerge victorious.

Braveland is now available for download on the App Store. Make sure to give the game a look, you may be positively surprised.