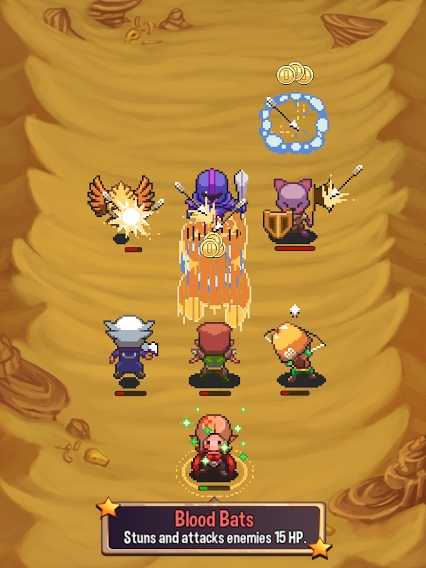 A new strategy game is going to be released next week on the App Store, a fantasy strategy game that comes with a unique battle system.

Swap Heroes, created by Canadian developer Chris Savory, is a fantasy strategy game where players will have to created a party and battle countless enemies in a turn based system. Each character belongs to a specific class which comes with different stats and abilities.

The turn based system used in Swap Heroes is a really unique one. In order for characters to act, players must swap the positions of two characters every turn, with only the ones on the front line being able to act. The character on the very back will also be able to use a special support skill, adding a deeper strategic element.

This unique battle system brings to mind another Japanese role playing game released many years ago by Bandai Namco Games on PlayStation 2 called Venus And Braves, a beautiful 2D game featuring a battle system sharing many similarities with Swap Heroes’ one. Not many will remember this game, though, as it’s never been released outside Japan.

Swap Heroes will be released on the App Store next week, on October 21st. The game will cost $0.99 and won’t have any ads or IAPs.