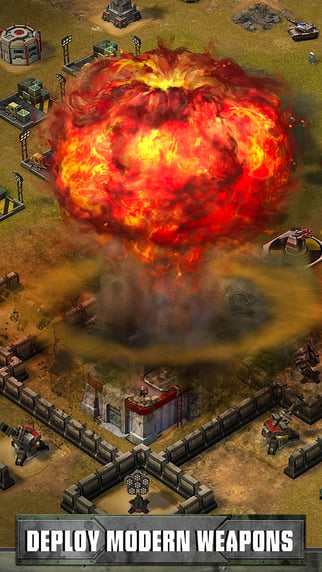 A new strategy game developed by Zynga called Empires & Allies is now available on the App Store, a game that fans of the popular Clash of Clans will surely enjoy.

In Empires & Allies, players will have to do the same things they do in Clash of Clans like building a base, amassing a huge army made of artillery, tanks and chopper and get ready to use them to defend the base . Obviously players will also be able to attack other bases with their troops and even send airstrikes to deal huge damage and make your troops’ life much easier. Other players aren’t just enemies in Empires & Allies, though, as it’s possible to form alliances with others.

Empires & Allies is pretty much a Clash of Clans clone but this isn’t necessarily a bad thing, as the game from Zynga is a really solid experience. If you prefer more realistic weapons in strategy games, Empires & Allies is a game you really have to check out.

Empires & Allies is now available for download on the App Store. The game is a free to play game so expect to see plenty of IAPs that will make you gain a sound advantage in exchange for real money.