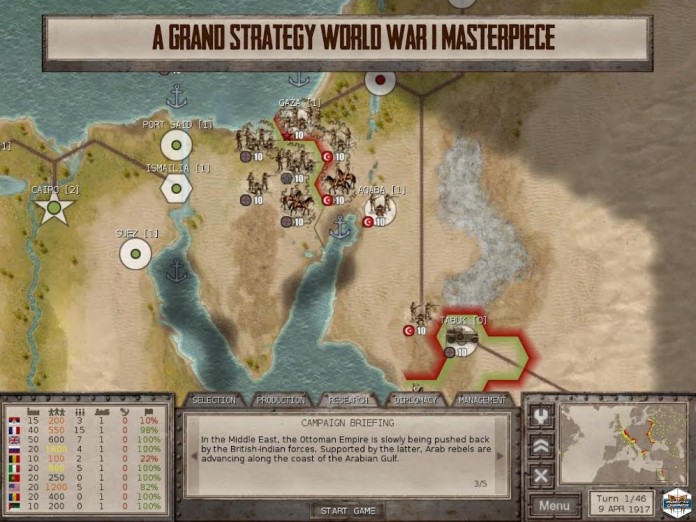 A nice strtegy game will be released before the end of the month on the App Store, a really massive game that will make all strategy games lovers truly happy.

Commander: The Great War is a really massive strategy game not only thanks to the huge maps of the game but also thanks to its gameplay experience, which features an amount of depth that very few other games can boast of.

In Commander: The Great War, players will be controlling all aspects of the battlefield and not only troops placements. You will have to take care of research, production and equipment as well, features that expand the gameplay experience considerably. With over 18 unit types and different commanders, there’s really a lot to do and see in Commander: The Great War.

As an added feature, gamers purchasing the iPad version will also be able to play together with those playing with the PC version. Yet another great feature in an already packed game.

Commander: The Great War launches on July 25th on the App Store. Considering taking a look at the game if you enjoy strategy game and if a little bit of extra depth doesn’t scare you.