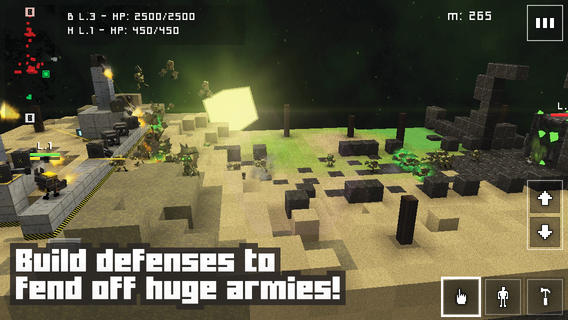 There’s no lack of games going free on the App Store, whether they’re free for a limited time or if they’re switching to a free to play model. Gamers playing on their mobile devices think about gaming differently from hardcore gamers so it’s only obvious that a game easily manages to become more popular once it’s available for free.

The strategy game Block Fortress War has joined today the any games going free on the App Store for a limited time, as it’s now available for free. If you’re really interested in this game, it’s better if you download it as soon as possible, since the team stated that it’s going to be free for a “very limited time”.

Block Fortress War is a nice strategy game where gamers have to take over territories with their own units. The single player campaign is quite meaty so the game will last you for quite a long time, especially if played in short bursts.

The strategic elements of Block Fortress War don’t stop with the simple deploying of the units, since gamers will also have the choice of upgrading units types, upgrades that come with some good and bad aspects that must be taken into consideration before upgrading. As if the single player campaign wasn’t enough, gamers will also be able to take part in some heated multiplayer matches.

Block Fortress War is now available for free on the App Store for a very limited time, so make sure to download it as soon as possible if you’re looking for a game that will last for quite a while.