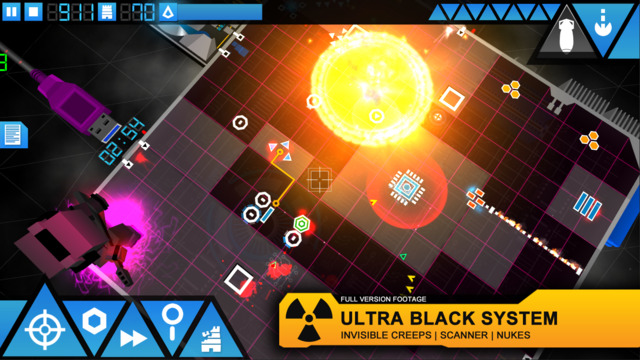 A new strategy game has been made available on the App Store a few hours ago, a new game were players will have to defend a computer server from enemy programs. With all the strategy and tower defense games having players defend actual towers or buildings, this is a very welcome change.

The new game is called Artificial Defense and describing it as a simple strategy game definitely doesn’t do the game justice as Artificial Defense includes a variety of elements lifted from other genres such as shooter games, tower defense games and more. As mentioned above, players will have to defend a server from enemy programs and will be able to do so by employing a variety of weapons, defensive towers and more. Players will also have to send units out to capture areas and gather resources. The Artificial Defense experience isn’t the most original around but it’s definitely well crafted.

Artificial Defense is now available for download for free on the App Store. The game only includes a single IAP which can be used to unlock the full game so players interested in the game will be able to try out some of the Artificial Defense basic features before purchasing the game.