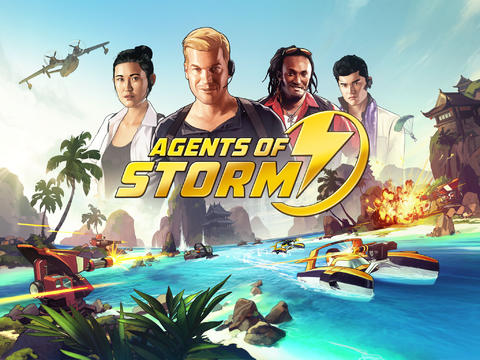 A new strategy game clearly inspired by the smash hit Clash Of Clans is going to hit the App Store later this week. The game isn’t exactly a completely new one, as it’s been available in soft launch mode on the New Zealand App Store since last month.

Agents of Storm is a strategy game developed by Remedy Games, the team behind other high profile games such as Alan Wake and the upcoming Xbox One exclusive Quantum Break. The game has been described by the team as a reverse tower defense action strategy game, where players will be able to build their own base on island locations and create ships used to defend it. It’s also possible to just send these ships to attack enemies, making the experience a little more involving.

Other than this, Agents of Storm features pretty much everything one can expect from strategy / tower defense games like plenty of vehicles to employ, enemies to defeat and more.

Agents of Storm seems to be a solid experience with some interesting twists in a tried and true gameplay formula. To really know how good Agents of Storm is, players will have to wait until Thursday, when the game hits the App Store in all regions. The game will be available for free so we suggest you give it a try if you’re into Clash Of Clans and similar games.