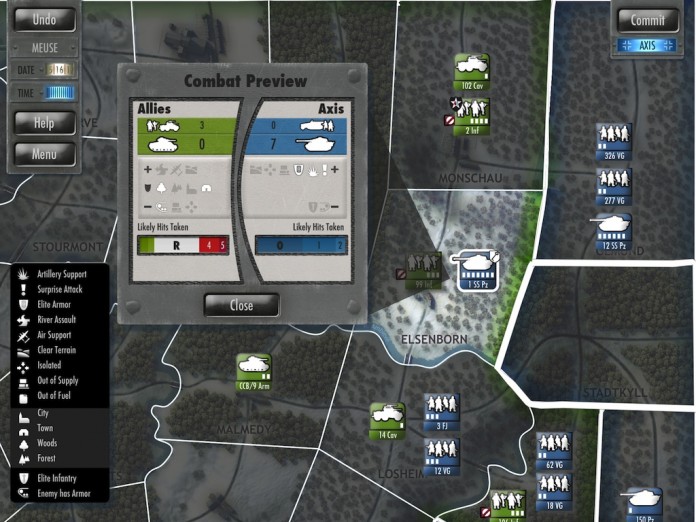 The strategy game Battle Of The Bulge has received a new update which introduces a new feature that fans have been asking for some time.

From today Battle Of the Bulge will be an Universal App, meaning that you will be able to enjoy the game on your iPad, Iphone and fifth generation iPod Touch. Warring on the go has never been this easy and convenient.

The new update also introduced a few changes to the game interface so that it could be functional on a smaller screen. All the other features have been left as they are so that iPhone users will get the full experience without cuts.

You may think this is enough for the day but Shenandoah wanted gamers to have even more. That’s why two new documents have been added to the game.

The first document is a Player’s Guide and it’s available for free, giving hints and tips to make players enjoy the game more. The other document is a Designer Guide where the team reveals some of the methods they have used to develop the game. This document is a paid one but it’s definitely an interesting read for all those who are interested in iOS development.