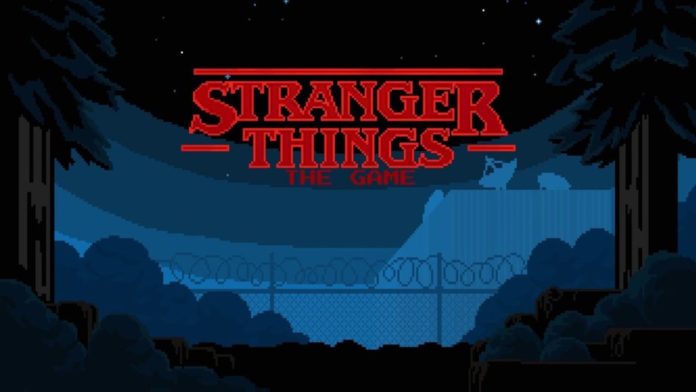 No matter where you are in the world of Stranger Things, one thing is always true: there’s always something to break! Whether it be a bush or a barrel, be sure that you’re always taking the time to destroy them. Destructible objects have a chance to drop coins, hearts, and even rocks for Lucas’ wrist rocket. Destroy it all; leave now bush unturned!

One more thing. If you’re inside a dungeon and you’re full on everything, be sure to leave items on the ground. Items will persist even if you leave the current screen, so it’s useful to leave a stash of pickups behind you in case you run into the trouble. This is especially important with hearts!

Try to stay at full health!

Each hero in the Stranger Things universe has unique powers and abilities. These abilities gain extra effects if you’re at full health, so you want to try to remain healthy at all times. For example, Hopper can dash punch, Lucas does double damage with his wrist rocket, and Nancy has extra knockback. These bonuses are very powerful so try to avoid damage to the best of your ability!

Use Lucas to take out enemies quick!

So, above all of the example powers we listed above, Lucas’ is easily the most powerful. Lucas deals extra damage with his wrist rocket if he’s at full health. Because it’s a ranged attack, you can take out almost anything from a safe distance thanks to how powerful his full health bonus is. Lucas should be your go-to guy for dealing with regular enemies and getting through dungeons; just keep an eye on your rock count!

Search for the secret objectives!

Each dungeon in the world has a secret objective that you can view through the dungeon map. You’ll need to find five destructible objects hidden inside the dungeon. If you can manage to find and destroy all five, you’ll earn a heart piece. Collect four of them and your maximum health will increase by one. The dungeon map will show you what the secret objective looks like, so refer to it as often as you need to.

Heart pieces can also be found outside of dungeons, but most of them are inside. Often times you’ll need to revisit old dungeons with new characters to find more pieces. You can keep track of which ones you’ve found in the heart pieces tab in your inventory.

The citizens of Hawkins will often times have requests for you to complete. Try not to ignore these and keep track of who needs what, as you’ll have to talk to them again if you forget. Completing certain side quests will reward you with good stuff, sometimes even upgrades. For example Jonathan can be found outside of the Forest Maze dungeon and he’s looking for his camera lens, which is conveniently found inside the Forest Maze. Giving him his lens will reward you with an upgraded ammo pouch, letting Lucas carry more rocks.

That’s all for Stranger Things: The Game. If you have any other tips or tricks to share, let us know in the comments below!