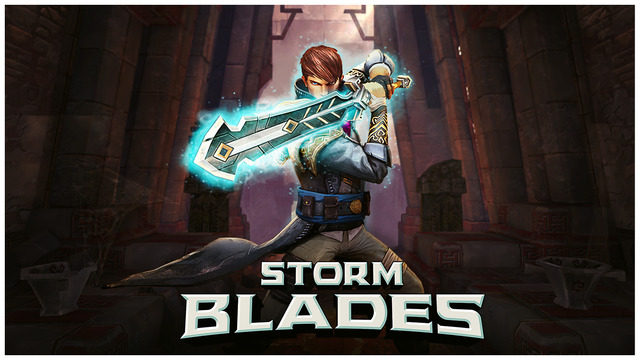 The mysterious “Keepers” of ages past have kept their secrets and treasure buried away within their ruins. Warriors from across the land journey through the ruins in hopes of discovering the truth and proving themselves as capable warriors. In Stormblades, you play as a warrior determined to test your might against the fabled Keepers. We’ll guide you on your sword fighting journey with our Stormblades cheats, tips and tricks strategy guide!

While it is important to counter enemy attacks, you will earn more points the faster you take down enemies. This means that you should constantly slash away at enemies even if they’re not in the vulnerable state. You can chip away at their health but most importantly scratch away at any armor they might have, giving you bigger damage opportunities when you do get a counter in.

As you know, successive counters will leave the enemy in the vulnerable state. In conjunction with the first tip, you should watch the enemy arm movements to see which direction they’re going to swing in. Just start swiping in the direction they’re going to swing rapidly, as you don’t really need spot-on timing to deflect the blow. You just need to be attacking in the same direction as the enemy’s attack is coming out in order to counter it.

3. Swing from top to bottom for power strikes!

When certain conditions are met, you’ll be able to perform a power strike. This is indicated by 3 blue arrows pointing downward, indicating for you to down a downward strike. The problem is, striking in any other direction will cause the chance to go away, and sometimes power strike opportunities show up at seemingly random times. To circumvent this, whenever the enemy enters the vulnerable state, you should always perform downward swings. We’ve noticed that sometimes power strike chance come up when enemies do charged attacks, but we’re still not entirely sure what triggers them, so don’t rely on it.

As you progress through the game, you’ll earn free weapons by completing certain levels. These weapons are powerful enough to last you for the next couple levels. Save your essence so that you can buy the stronger weapons from the shop. These weapons are exponentially stronger and usually have Brutality and Critical abilities on them, not to mention they have bigger upgrade paths. As you progress, you will also unlock weapons that have new abilities on them, such as the reflect ability.

Your score calculated after each fight is determined by:

You can earn up to 3 relics per level. The higher your score, the more relics you’ll earn. You’ll notice that despite a flawless performance, you might not score as high as you thought you would. The biggest deciding factor to high scores is the time bonus. With that said, don’t worry about scoring all three relics on your first playthrough of a level. Once you obtain better weapons, go back and you should find it easier to score high.

You should be ready to take down the Keepers now! If you have any other questions or suggestions, leave a comment below! 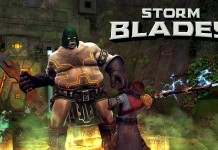 Action Game Stormblades Launching This Week On The App Store