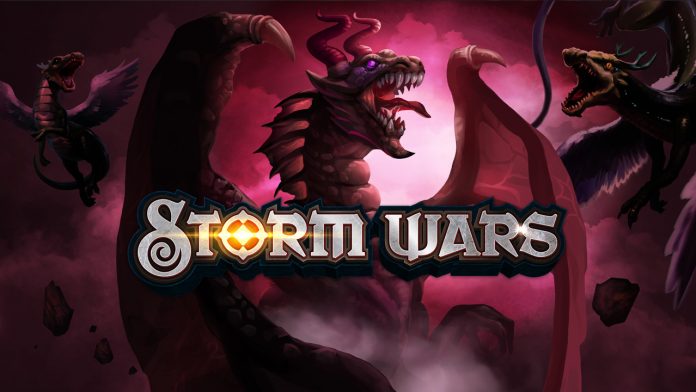 It’s an all new kind of CCG for the mobile platform! Storm Wars CCG is a – you guessed it – collectible card game with an emphasis on lighting fast battles. You’ll pick from over 200 kinds of cards to build the ultimate deck to your liking as usual, but in this game battles are completely automated and go by as fast as you want them to. That means it’s all about strategy here so you’ll need to think up some winning decks. We’ll help you do that with our Storm Wars CCG cheats, tips and tricks strategy guide!

Storm Wars CCG is a pretty simple game to pick up but don’t be fooled – there’s still a ton of depth and complexity here. It is a collectible card game after all! Let’s get started with our Storm Wars CCG tips and tricks guide.

Like any other collectible card game, you’ll need to build a balanced deck to have a shot at victory. An important factor to consider when building your army deck is the active turns counter. Each card has a number at the top right corner of their card – this is the Active Turns counter.

This number is the amount of turns the card needs before it becomes active and enters play. This is an important factor to keep in mind because if you have a lot of cards with high active turn counters, a bad starting hand might end up losing you the match right off the bat. For example, if you draw cards with a 4-turn cards while your opponent has 1-turn cards, your opponents’ cards will enter combat on the next turn. They will have three free turns to attack you until your card enters combat.

With this is mind, it’s usually a good idea to make your deck comprised of roughly 70% low turn cards, with the remaining 30% being your heavy hitting high turn cards. Because of this mechanic, the matches in Storm Wars tend to “snowball”. That is, if you get the upper hand early on, you’ll usually be able to keep that momentum eventually securing your victory.

You can have a maximum of six cards in combat at once, and even if you have a bunch of low cost cards active, that’s still six attacks your enemy will have to endure. Of course, if you’re going for a specific strategy you can ignore this and build your deck as you please.

If a card has a yellow circle with a plus inside of it, that means that card can be combined. If you have four of the same kind of card, yo can tap the + button at the bottom right to combine them. You’ll need to spend a couple of gems to go through with it, but this is a good way to get higher rarity cards. Note however that this doesn’t mean that the new card is just a flat out better option than what you have. You’ll still need to consider the active turn counter, special skills, and their base stats.

3. Compete in the arena!

In the Arena you’ll go up against other players’ armies. If you win a match, you’ll earn fame. The higher your fame is, the greater the rewards and opponents will be. You’ll unlock the option to buy the Gold Pack if you can reach fame level 6. The Gold Pack contains five core set cards with at one guaranteed rare card! This is probably the biggest bang for your gold. The Singles shop does offer rare and epic cards but you can only buy them with gems. The Gold Pack costs 9000 gold.

There is no stamina or energy system in this game, so don’t be afraid to try new strategies or decks. Since the battles are completely automated, it’s all about planning and less about execution. If you come up against a particularly hard deck, try changing your deck composition around. In addition to the active turn counters, make sure to plan for your cards’ special abilities, if they have any. Things like Shield and Heal can turn the tide of battle but you’ll need to plan around them.

That’s all for Storm Wars CCG! If you have any other tips or tricks to share, let us know in the comments below!