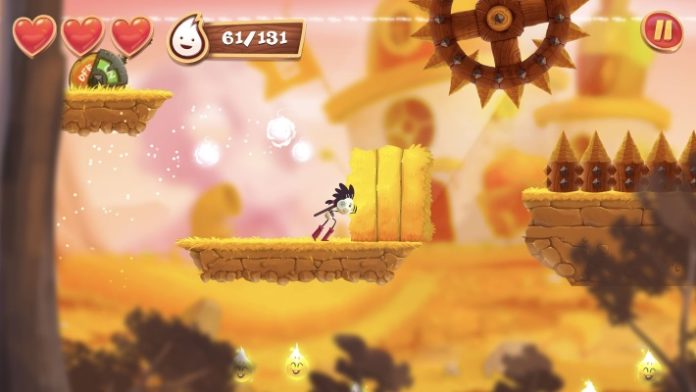 Long ago, there existed a small, wavering star system. War raged across the planets, and it seemed like peace was really out of the option. The conflict went on for over a hundred years, but finally something was done to put an end to the violence.

After the war had ravaged the star system, bits of planets were long lost. Though tensions will still high, the people of the system decided that the only way they were going to survive was to work together for now. Thus, the idea to stitch what was left of their planets became a reality, and soon a world full of stitched together planets was born.

There was only one condition that was agreed upon the people, and that was no trespassing on anyone else’s borders. One such person is on a journey to get back to his family, and it will inevitable lead him through all of the borders…

Spirit Roots is a 2D platforming adventure game. You play as an adventurer who is in the wrong place at the wrong time, and now he must find his way back to his family. Run, jump, and collect shiny objects in this platforming game styled after the classics.

The thing you notice first about Spirit Roots is its unique art style. Almost everything in the game looks like a mini art project, with characters looking like they are stitched together and are barely holding together. Its visually-charged style gives Spirit Roots a very memorable aesthetic.

Spirit Roots is scheduled for release on January 28, 2019. You can pre-order the game now on the App Store for 3.99 USD.